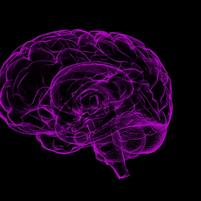 Ruth Itzhaki, Visiting Professorial Fellow at the Oxford Institute of Population Ageing and Professor Emeritus of Molecular Neurobiology, University of Manchester, received the Alzgerm Quest prize for research on Alzheimer’s disease aiming at showing the involvement of an infectious agent in the disease. Ruth  is one of eight to be recognised for her work hunting for a microbe that causes Alzheimer's Diease. Professor Itzhaki was awarded the highest sum of $35,00 for her work on Herpes Simplex Virus.

In 1991, Ruth Itzhaki's group discovered that the cold sore virus, herpes simplex type 1, resides in brain of many elderly people. It was the first unambiguous finding of an infectious agent in brain. Much evidence has since been found to support its having a major role in Alzheimer’s disease and that, in turn, argues for treatment of the disease with antiviral agents to stop disease progression.

"The award of the prize signals a growing and very welcome acceptance of our findings." Professor Ruth Itzhaki