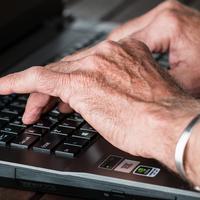 Is Age a Factor in Financial Exclusion?

My recent report, "When I'm 84". Locking the Door on the Older Old: the Challenge Facing Britain’s Banks, argues that the very oldest in our society are at risk of being shut out of financial services as the revolution in banking technology continues apace.

The words of the Chief Executive of a major British bank illustrate the point perfectly, “Do you know what our busiest bank branch is? It’s our mobile app on the 7.15am train to Paddington.”

In 2015 mobile banking apps were used an average of 11 million times each day and internet banking 4.5 million times, while footfall in branches has fallen by a third since 2011.[1] No surprise, therefore, that expensive high street branches are disappearing.

Our research with people in their 80s and 90s found that they are particularly vulnerable to being left behind by all of this. A third of older people use the internet for social purposes but, as a group, they are pretty unlikely to use it for banking. We found only 9% are active internet bankers, with only half accessing their account more than once a month.

Reasons for not using the internet for financial matters: 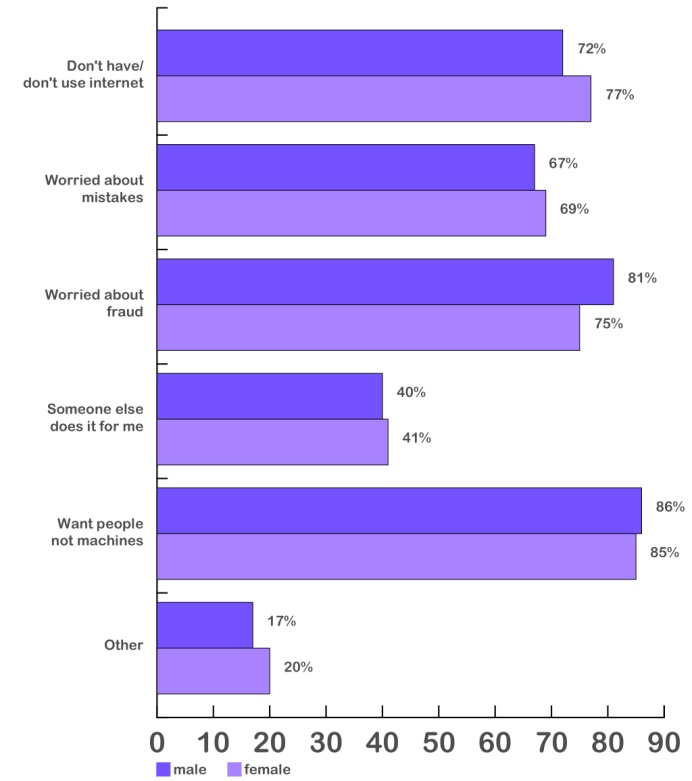 Base: 153 respondents who don’t use the internet for shopping/banking

High among their reasons, as the chart above shows, are worries about mistakes or fraud – perfectly rational, given the evidence on how much they are targeted by fraudsters. Even more striking was their wish to deal with people, not machines. They do not want to operate in a world of virtual transactions. It is not just that they want a more personal, face-to-face service; they also value the familiarity and tangibility of cash - real not virtual money.  Nearly half of those in our study say that they use cash as their main tool for budgeting. Perhaps no surprise, therefore, that a recent report[2] on how banks are meeting the needs of vulnerable consumers argued for the loss of a local branch to be viewed as a ‘bereavement’. Similar issues were raised in Radio 4’s recent Money Box Live programme, Who Needs a Bank Branch?

When I presented at the Institute this November, I discussed whether this was in part a cohort rather than an age effect per se. Will future generations of the older old have acquired skills and a longer-term familiarity with ATMs, mobile and internet banking that mean their experience will be different? While this will of course be true for many, I argued that we need to acknowledge that even those who were previously comfortable with these technologies may find that the sensory, cognitive and other health challenges that come with advancing age prove too much. In either eventuality, change is likely to be slow, when you consider that the one million people who will be aged 90 and over in 2030 are already over 75, and, according to Ofcom, only 3% of those aged 75 and over who aren’t already using the internet intend to change.[3]

Hilary Cooper, our guest blogger this week, is a Senior Associate at The Finance Foundation (formerly Demos Finance), an independent think tank that aims to encourage informed debate about financial services and suggest ways the sector could work more effectively. Prior to that she worked as a senior civil servant for many years, originally joining government via the government economic service.