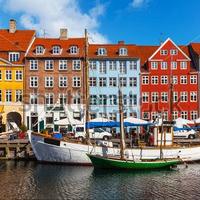 Happiness in Germany and Denmark: Hygge vs Gemütlichkeit

The ‘Better life index’ is an instrument to compare countries based on eleven topics of well-being indicators like education, work-life balance or life satisfaction. Of particular note are the very high levels of well-being relating to work-life-balance, life-satisfaction as well as social support and personal security of Denmark in comparison to Germany. The graphics below visualize the 11 items for both countries. 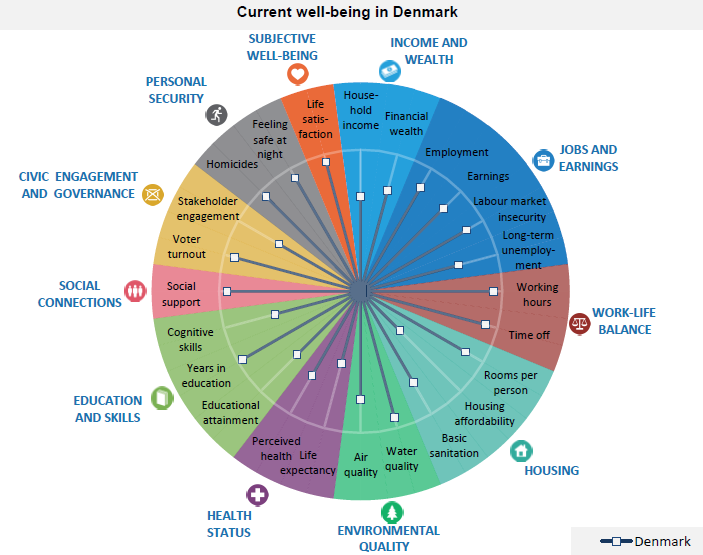 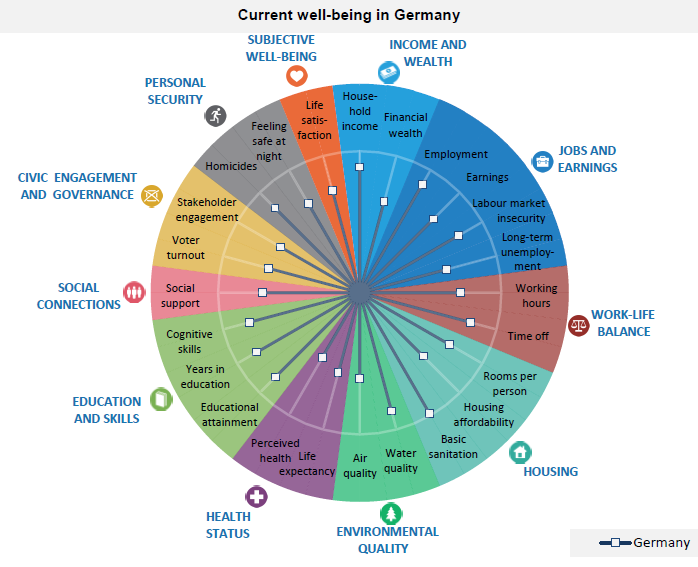 Based on the World Happiness Report, Germany is in the 16th position with a total score of 6,994 points whereas Denmark comes in the first with 7,526 points. The ranking of happiness is made up by the following six items “GDP per capita”, “social support”, “healthy life expectancy”, “freedom to make life choices”, “generosity” and “perceptions of corruption”.

Many scientists today are convinced that Hygge which describes the Danish way of living, is responsible for the highest ranking of Denmark in the World Happiness Report 2016. Hygge has its origins in the Norwegian language where it can roughly be associated with the translation of “well-being”. However, since the 18th century, it is an integral part of the self-identity and culture of Denmark. Typical for Hygge is a feeling of comfort and satisfaction. Daily activities are considered to be meaningful and special for each occasion, for example enjoying a relaxing dinner together after a stressful day at work. Furthermore, the Danish try to take a step back from technology and instead to value the little things in life by creating a cozy atmosphere. Nowadays, this trend was again intensified by the publication of the World Happiness Report 2016, with the effect that Hygge becomes more and more popular with an increasing number of themed lifestyle guides or cookbooks and also receiving global attention.

In comparison to Denmark, life satisfaction in Germany is less pronounced as can be seen in figure 2. In view of the demographic change in Germany it becomes more and more a priority in today’s society to age happily, healthily and being satisfied. Nevertheless, the German word “Gemutlichkeit” characterizes best the word "hygge". It moves in the right direction but does not describe per 100% the same meaning.

Based on literature "happiness" can be learned (Klein, 2003). With the aid of a happiness dairy, each person is able to write down happy moments, he/she experiences every day. Another aspect is concerned with the social relations; people who are married, in relationships, who have friendships or strong family connections are happier with their personal lives (Luybomirsky, 2007). Furthermore documented in literature, happy people assess themselves as healthier, and this has a massive effect on the physical condition (Benyamini et al., 2000). Hence, happiness has a positive effect on the human immune system (Raffelhüschen & Schöppner, 2012) and in addition, happiness does not heal chronic diseases, but it protects becoming ill (Veenhoven, 2008). Viewed from a macro-social angle, health systems should not only focus on diseases and disabilities, instead it is more important to consider supportive methods to increase positive psychological conditions (Steptoe, 2015).

Overall, the world happiness report confirms that happiness varies country by country. Especially in the case of Germany, more can be done to promote health and life satisfaction among German citizens so that one day, Germany can be rated among the ten best countries in terms of life satisfaction and happiness (It has already taken the first step by raising its ranking from 26th place in 2015 to 16th place in 2016). Maybe one day a similar word to  “Hygge” in Denmark will also exist in Germany.

The definition of "happiness" can vary considerably; each person defines it for his/ her own right in order to accomplish satisfaction in life. Presumably, every person tries to be happy in life…

Lyubomirsky, S. (2007). The how of happiness: A scientific approach to getting the life you want. Penguin Press: New York.