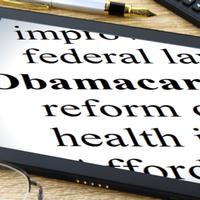 How Republicans’ New Healthcare Plan Stacks Up Against Obamacare for Older Adults in the U.S.

From the moment Obamacare was passed in 2010, Republican lawmakers have been explicit in their intent to “repeal and replace” the expensive health care bill that sought to address gaping holes in the U.S. health and medical care system. Several provisions of this bill were hotly debated among lawmakers and the public even before the congressional vote, including the “individual mandate,” which required those residing in the U.S. to acquire some form of health insurance or else pay a tax penalty, and the “public option” which was intended to be a government-run health insurance program to compete in the market with private insurers. While the mandate ultimately passed as a key provision to increase the risk pool and decrease pay-outs for insurance companies, the public option’s removal was demanded by the Republican opposition and private insurance companies in order to pass the bill at all. Most importantly, Obamacare required private insurance companies to provide insurance to those previously denied it because of “pre-existing conditions.” For example, if someone learned of an illness and then sought coverage, insurance companies could legally deny insurance to those in question because of the expense to the insurance provider. This provision was seen as a correction of one of the most inhumane components of the U.S. medical system; that those who were chronically ill would pay substantially more out-of-pocket because they couldn’t obtain insurance.

For the following six years, a bitter partisan divide on the controversially nicknamed “Obamacare” (formally known as the Patient Protection and Affordable Care Act) consumed the nation, and even led some Republican-controlled states such as North Carolina to halt the expansion of government-run Medicaid coverage, despite the federal government offering money to states as part of the bill to subsidize the expenses of insuring the poor. Republican candidates in 2016 ran on the platform that Obamacare would become history and would be replaced by something better, as premiums were still increasing three years after the bill’s implementation in 2014. Those who crafted the healthcare bill, however, argued that the price of healthcare itself, including costs of services, doctor’s salaries, medical technology, and administrative services, was not in the hands of the government; rather, the bill sought to curb the rate of growth of these costs over time, as projections for healthcare spending as a percentage of GDP showed an exponential rate of growth without any intervention. Still, both sides of the aisle agreed that there was room for improvement within Obamacare.

In May of 2017, the Republican congress put forth an updated version of a previous bill (which did not even make it to the House of Representatives floor for a vote because of its incomplete nature) called the American Health Care Act (AHCA). The AHCA not only would allow states to waive the individual mandate, but would also allow insurance companies to resume denying coverage to those with pre-existing conditions. The Congressional Budget Office evaluated this plan and reports:

"In addition, premiums would vary significantly according to health status and the types of benefits provided, and less healthy people would face extremely high premiums, despite the additional funding that would be available under [the House plan] to help reduce premiums. Over time, it would become more difficult for less healthy people (including people with pre-existing medical conditions) in those states to purchase insurance because their premiums would continue to increase rapidly." (Congressional Budget Office, 2017).

For older adults, this plan could have a serious impact on premiums and out-of-pocket costs. Effective 2019, older adults would pay a substantially higher premium than young adults, and for low-income older adults, premiums could rise as much as 800%. The CBO also reported that for an older person making $26,500 a year, costs could rise to $14,600 a year, while young adults would see a reduction of a few hundred dollars. The following CBO chart illustrates the various age group discrepancies:

Those aged 65 years and older are covered by Medicare in the U.S., a government-run insurance program for older adults. The bill, however, according to the AARP, would also weaken the program by attempting to switch to a voucher program rather than the full insurance coverage Medicare currently offers. Medicaid, which is for low-income Americans but also covers a substantial number of older adults and people with disabilities as well (known as dually-eligible) would see an astronomical reduction of $880 billion in the plan, and would shift those costs to state budgets, many of which are currently struggling to cope with current budget constraints. All in all, about 54 million Americans would be without insurance under this plan, and 14 million low-income Americans would lose access to Medicaid to fund tax breaks for wealthier Americans and health insurance companies, according to the AARP.

As the population ages in the U.S., questions of how to afford healthcare are intertwined with questions about who pays for this demographic shift. The AHCA clearly imposes a heavy cost on those who are sicker, poorer, and older, an ideological shift from President Obama’s vision for healthcare. In the coming months, the bill will be debated and voted on in the Senate after having already passed the House of Representatives, but the process has already come under fire for the secrecy and lack of transparency with which Republicans are marketing this bill. This bill has been met with almost universal disapproval, ironically and most vocally from large older adult organizations such as the AARP which voted Trump in in the first place. Obamacare for many was a step in the direction of a fairer and somewhat socialised approach to healthcare, as opposed to the heavily market-driven approach previously employed. But even for some on the left Obamacare clearly did not go far enough. While the U.S. is perhaps ideologically too far from a system of universal healthcare, the AHCA highlights the precarious nature of the “socially responsible, market-driven country” image the U.S. has long attempted to establish. Perhaps lawmakers will vote for this bill and the public will revolt, punishing Republicans in the upcoming congressional elections and subsequent presidential elections in 2020; or perhaps this is who we really are as a nation and we’re taking a hard look in the mirror at what happens when the market is king.

Sowmya was a Robertson Scholar at the University of North Carolina at Chapel Hill and Duke University, and studied Health Policy and Management at the UNC Gillings School of Public Health. Her past research has focused on clinical outcomes for older adults in emergency departments, global end-of-life care policies, and cultural perceptions of ageing and dying. After her time as a visitor, she will return to the U.S. to attend medical school. She is currently working with Professor Sarah Harper on a project regarding older women's health issues in South Africa.