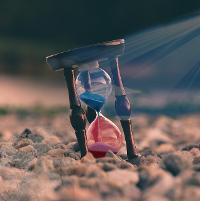 Within high-tech industrial centres, such as Silicon Valley and Bangalore, a movement dedicated to the exponential potential of biotechnical medicine has taken shape. This movement goes under the banner of Radical Life Extension (RLE). Although its claims appear to be grounded in platonic notions of universalism, on closer inspection RLE is founded on more particular cultural and historical logics.

The futurist imaginaries articulated by advocates of the Western RLE arose in the high-tech venture capital culture of Silicon Valley, from the techno-futurology of the Singularity doctrine, and out of biotechnology. It claims that human life span will increase through the development of technology, and will eventually be extended indefinitely. Although its claims are secular, the Movement’s underlying logics appear to be grounded in a combination of Christian and materialist metaphysics. For example, the movement's prediction that they are at the threshold of attaining radical life extension, appears to be based as much on a politics of hope resembling Christian notions of salvation, as it is on technological outcomes. This is not to suggest something akin to a technological eschatology but rather that, implicit within the Movement’s techno-scientific futurism, lie traces of the human past.

Contrary to the Movement’s protestations, the future is intrinsically uncertain and, as far as one can tell for all of human history, ageing has been contingent upon the laws of entropy and senescence. This means that RLE’s promise of immortality remains at present highly speculative and provisional. And, it could well be that what Carl Jung affirmed as the great myths structuring Western thought and belief, remain as robust as faith in a technologically produced immortality, despite technology’s potential to disrupt, or even restructure, these time-honoured systems of meaning.

In its Indian variant, while the movement (similar to its Western equivalent) derives its philosophical underpinnings from the futurist imaginaries of Western transhumanism, its understandings and practices are particular to the Indic context of occurrence. While the movement has taken shape in the high-tech culture of the ‘Science City’ of Bangalore, advocates’ perspectives on the potential of biotechnological medicine to increase life span exponentially, are grounded in more traditional practices of rejuvenation.

On account of this, there appears to be a deep tension within the movement’s philosophy whereby it envisages that the regenerative properties of biotechnologically-produced medicine will increase exponentially as the future unfolds but, at the same time, these predictions resonate with more traditional approaches to longevity shaped by the past. According to Robert Geraci (2016), Indian approaches to science and technology are grounded in Hindu notions of temporality; instead of following a linear path towards the future, such approaches to time are cyclical, comprising a return to the first-age of satya yuge, which is understood as the glorious period of ‘new beginnings’ (Geraci 2016: 322). Geraci suggests that, for many, widespread scientific advancements in India mark the turning of the yuga cycle towards a new era of spiritual and material regeneration (2016).

In view of this, it appears that the Indian radical life extension movement has as much to do with the yuga cycle and Ayurvedic medicine than it does with the promissory potential of Western transhumanist notions of immortality. Such intersections of traditional and technological medicine destabilise claims made by Western radical life extensionists, that human life span will increase exponentially through the development of technology. In this sense, the movement’s prediction that they are on the threshold of attaining immortality, is based on technological projections which not only resemble, but appear to conflict with, Hindu notions of reincarnation.