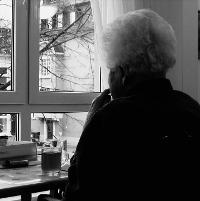 Why not a British Provident Fund?

When the Conservative government announced its plans to address the UK ‘funding crisis’ in social care this week by raising a new ‘Health and Social Care Levy’ (based in the first instance on National Insurance contributions but then to become a separate tax) concerned voices in every political party came forward to express reservations. What was astonishing  though was that as these cries  reached a crescendo Labour, the UK’s major opposition party, seemed frozen in the headlights of the government’s ‘quick tax fix’ and so unable to articulate any kind of fresh vision of what its own alternative might be.

So, what shape could a progressive response to the government’s first steps take?

In its DNA British social policy renewal has traditionally carried an instinctive enthusiasm for the responsibilities and rights that flow from active citizenship: Doing the groundwork for what became the first UK welfare state William Beveridge, R.H.Tawney and William Temple made their way to Toynbee Hall in London’s East end to design new ideas around lived experience. They were simultaneously  greatly influenced by Idealist notions of recriprocity. It was only later when the 1945 Attlee government became over concerned with what Michael Young decried as ‘biggism’ that specialised, siloed, mass produced departments of state began to fragment Britain’s agility in responding to personal needs through collective solidarity. The modern manifestation of this is the sheer agony for carers and users of state services of endless and stressful waits, rapid churns in crucial support workers , and almost unending and invasive  ‘assessment’ for access to scarce resources.

Rising generations of voters are now digitally native. They are used to managing their own data and to learning at speed from some of its insights. Mobile banking apps introduce citizens to the transparency of the ‘pots’ of resource in their lives and, drawing on insights of micro-finance,  provide nudges to skim tiny sums after each transaction and allocate them to personal savings. Like others these voters have HMRC and Student Loan accounts that follow them across a lifetime and, unlike older generations, they do that in a context in which housing values are highly transparent thanks to the digitisation of the Land Registry’s records. A personal citizenship account could consolidate personal, tax, and other data in one place. Aligned to government investments and private savings it could support  the creation of a progressive mutual  ‘British Provident Fund’.

One need not sketch out the full economics of a ‘British Provident Fund’ to give an idea of what its final form might take. Across the lifespan though one could imagine a personalised provision of revolving resources restricted to assist with education or training, housing, social care and retirement. It could be complemented with tax incentives and financial payments for specific needs or positive civic behaviours. Thus , in counties and cities where early years interventions might be crucial to mitigating future inequalities the personal account of a Fund member could be enhanced at the outset by DFE resources. Later, if citizens are veterans, serious volunteers, evidence quitting smoking or losing weight, show up at their medical appointments, or choose to live near a family member who needs care, their fund could be additionally rewarded or incentivised from cross cutting budget allocations.

Meanwhile, for example, instead of ‘help to buy’ subsidising house builders a housing endowment of right could be allocated to each personal account across the childhood years for use upon entering the workplace. A proportion of capital growth would revolve back into the fund as a whole as members move from dwelling to dwelling.

Training and apprenticeship levies gathered from employers could be allocated to individuals on a pooled basis rather than siloed in sectors and the opportunity to draw down grant and loan finance for education and training could be supported from savings made to the account.

A low premium insurance element could provide top up income for maternity leave, or during  ‘life course disruptions’ such as unexpected family loss, unemployment , mental illness or a period of poor health. Parents, relatives, neighbours, trade unions, communities and employers  could make earmarked additional contributions for their relatives or members . Today’s compulsory pension contributions from employees and employers would add to the mix of resources. As we transition across generations earmarked equity release, dividend and inheritance taxes could be used to add to the shared endowment of the fund so moderating the contribution that National Insurance will need to make to collective provision. And with personal accounts within a national mutual fund will come some flexibility as to how and when the resources might be used.

The aspiration in flagging such a series of ideas is to return us to three core challenges that need to be at the progressive  heart of social care reform and are not yet found in the government’s rhetoric. First, that security and want in old age emerge from the success or failure of interventions across our lives not just as a birthday in our mid - sixties. Second, that a simple ‘tax and run’ strategy will do little to improve the experience of those who rely on the day to day operational habits of much government support. Third, that in targeting National Insurance as the sole pathway to fund future plans the government will add to the dislocation of common responsibility and citizenship already deeply embodied in the gaps in the current system.

A long term personalised mutual British Provident Fund could well be one step in an alternative direction. It would certainly be fairer than the government’s current proposals. By being something to which we all belong it might even undergird the renewal of a shared, refreshed and progressive account of active citizens living in ‘One Nation’ . And if not, what story will Labour now tell?