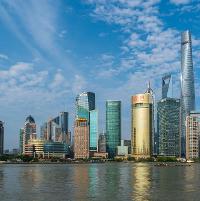 A place for ageing in Chinese aid for the ‘global South’?

For anyone in the UK who is concerned with  the possibility of a  secure old age at the bottom of the economic pyramid in Africa, what happens with overseas aid budgets matters. In post-genocide Rwanda and Darfur, as well as countries which have experienced enduring conflict, such as the DRC, these questions take on a particular urgency as survivors reach their later years with even fewer supports that other Africans might take for granted. The UK has been active but is now retreating. The US is re-booting its vision under a new President.  China’s recent publication of its ambitious white paper on aid strategy then is a moment of intense interest.

Traditionally Chinese White Papers on aid read like responses to criticism from international bodies. The ‘new era’ 2021 vision, however, is sure-footed in its confidence and bold in its ambitions: The PRC, it argues, continues to be a third world country but a third world country that is now ready and able to take increasing ‘responsibility’ as an international actor.  Coming from the South though, the White Paper suggests, the PRC’s contribution is different from the aid interventions of ‘the North’ in their framing and in their ethos because China’s experience is rooted alongside the world’s majority populations. China’s aim then is to design and deliver ‘joint solutions’. The scale of ambition is striking and takes some mapping.

The PRC is active in 122 countries and manages its assistance and engagement through a matrix of institutions rather than a single entity. We need then to look at general patterns and infer priorities. For example, the only African countries specifically mentioned in the strategy are Rwanda, Zimbabwe, Kenya, DRC and (several times) Ethiopia and Tanzania. A plan, announced two weeks ago, to launch 13,000 satellites to support internet access through a mega- space sector collaboration might help all of these countries, while nearly half of all staff capacity building investment is Africa focused.

Separate from its (massive) global infrastructure ‘Belt and Road Initiative’ from 2013 to 2018, China extended assistance to 20 regional and international multilateral organizations worldwide － with 53 African nations benefitting. A powerful new Institute of South-South Cooperation at Peking University has enrolled 220 graduate students in its first four years. Its total cash spend for aid is also up by half. Some of its interest free loans to, for example, Zambia and Tanzania are close to 50 years old.

By the end of 2019, China had dispatched 27,484 medical workers in 1,069 groups to 72 countries and regions. They worked in all departments of medical and health care, including ‘internal medicine, surgery, gynaecology, paediatrics, traditional Chinese medicine, anaesthesiology, patient care, pathology, clinical laboratories, and public health.’ Currently there are nearly 1,000 Chinese medical workers providing assistance at 111 health care facilities in 55 countries across the globe.

Amidst all this frenetic activity however it is not yet specifically clear if China’s new global citizenship will include deliberately designed responses to the needs of older people or those ageing after severe civil and psychological life course disruptions. Its African priorities seem not to draw these out at all, and this is surprising for several reasons.

First, the PRC increasingly references Confucian ethics as an ordering principle in its policy analysis. By tradition Confucianism’s emphasis on family and order has, at least at the rhetorical level, meant the pro-active recognition of the positive contribution of older citizens.  The Communist Party of China itself is content to actively involve older members in its highest echelons.

Second, the White paper strategy is strong on technology transfer from the PRC. Since 2016 the Chinese government has been investing in science parks specifically intended to develop assistive technology to include and empower older and disabled people. It estimates that its domestic assistive tech sector is already close to $100 billion in value. These developments are absent from the strategy though. Potential synergies of scale between domestic and African needs for assistive tech are enormous but not spelt out in the detail that other areas seemingly merit.

Third, it is arguable – following the Chinese line - that the ‘global south’ needs of  older people need ‘global south’ solutions rather than models and assumptions outsourced for their development to multi-lateral institutions more dominated by the West.

If the UK’s aid budget is being reduced and the USA has not yet made Africa South and East of the Sahel a priority where are the gaps going to be filled?   If we already know that a consequence of Covid 19 and other public health developments has been a blockage in access to retrovirals and other medications in paediatric medicine  who and how are the ‘old’ in an otherwise ‘young’ Africa to find their voice as C19 ratchets up expectations and needs?

Currently a kernel of hope in all these regards is the PRC strategy’s identification of ‘special groups’ for targeted resources. China is already developing some initiatives in these areas such as a new programme of work in Mongolia. As a proportion of budget or focus though the opportunity to transform and lead related global debates is under-developed.

Creating the conditions for those older people, who can be among the poorest of the poor, to fully take their place in societies could be a distinctive Chinese humanitarian contribution. It would certainly reflect a level of ambition and match an expressed commitment to solidarity more powerfully than most.