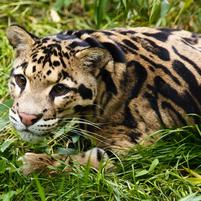 I have recently been working with the Wildlife Conservation Research Unit (WildCRU) of the University of Oxford in a collaboration with the Institute of Population Ageing on a project highlighting the environmental and anthropogenic features driving biodiversity patterns in Southeast Asia.  The main results to date (the project is not yet finished), which have helped to clarify the structure of animal communities in the region, may be of interest also for an audience more used to human-sciences topics. Indeed, even though my research might seem to be remote from any demographic or social question, the reality is that there are very tight bonds between human population change and animal species conservation status. This is particularly true in the current era.

We are currently living in an epoch identified by many researchers as Anthropocene. Even though the term has not been officially accepted either by the International Commission on Stratigraphy, or by the International Union of Geological Sciences, it highlights the magnitude of the impact that we are having on the environmental conditions that sustain life on the planet. The impacts range from large-scale and global, like climate change, to small-scale and local, like much water pollution.

One of the clearest and least disputable effects of human populations on Earth is what is now recognized as the sixth mass extinction. Extinction events (the complete disappearance of a species) are understood as natural phenomena in line with evolutionary theory: since only the most adaptable species survive, there are many others which perish. Granted then that extinctions are in this sense natural, why should the extinctions that are occurring nowadays be regarded as a problem for wildlife? Because they are occurring at a rate which meets the conditions for a mass extinction.  If extinction events are occurring at a rate which is higher than the rate of speciation (i.e. the process by which populations evolve to become different species), these multiple contemporaneous extinction events constitute a mass extinction. By definition they are characterised by a rapid and widespread decrease in biodiversity, a kind of ‘biotic crisis’. They are massively disruptive in a way that ‘normal’ extinctions are not.  In the story of life on Earth so far, there have been five mass extinctions. What we are now witnessing – and, in fact, triggering – is the sixth mass extinction, and it is the first that has been caused by the behaviour of a single species.

Southeast Asia has experienced very high rates of population growth over the last 60 years - at well over 2% pa from the 1950s to the beginning of the 1990s, and still above 1% pa.  More than 500 million people live in Southeast Asia, at densities from twice to six times the world’s mean, and even though fertility rates have fallen below replacement level in most of the region, the population is projected to continue growing for the next 30 years. These levels of population growth and density play a crucial role in shaping and redefining the impact of the human population on the landscape of the region. Human population growth is very tightly linked with deforestation, habitat loss and land use conversion, and these, in turn, lead to a deterioration in the quality of the habitat for a number of species, often leading to their extinction. Rates of deforestation in Southeast Asia are among the highest in the world. Indonesia, for example, shows the largest recent increase in the rate of forest loss globally, and Malaysia shows the highest level of forest loss in relation to land area. Moreover, two of the biodiversity hotspots occurring in the region, namely the Indo-Burma and the South-Central China hotspots, have been ranked as the 1st and 6th most endangered, with only 5% and 8% respectively of natural habitat remaining. Since the human population is expected to keep growing in number during the next years, albeit at a much slower rate, this is likely to jeopardize the already alarming conservation status of many species.

It is within this context that my project aimed to explore the drivers of the spatial patterns of biodiversity in Southeast Asia, in order to evaluate the role that human presence currently plays (and is likely to play in the near future) in determining these patterns. The methodological problem was to find a dataset rich enough to (i) generate a more or less comprehensive picture of local biodiversity, (ii) identify geographical patterns in such a large area, and (iii) provide evidence of the impact that human population is having on the biodiversity.

The solution was found with the help of the WildCRU, and of the many researchers who have combined their efforts to create an extremely rich dataset. From 2007 to 2016, WildCRU carried out intense fieldwork in Southeast Asia, specifically in eight countries - Cambodia, India, Indonesia, Laos, Malaysia, Myanmar, Nepal and Thailand-, deploying almost 3,000 camera traps to collect abundance data for 127 species. Species sampled ranged from animal as small as squirrels to big animals such as Asian elephant, from mammals to reptiles, and it represents a very good proxy of the overall biodiversity of the region. We used this remarkable dataset to create a model which allows us to explore the environmental factors driving changes in the presence of the species sampled.

Our results highlight the areas where the highest values of species richness are predicted. These are the region between the Chinese provinces of Tibet and Yunnan, in the north of our study area, and the Thai-Malay Peninsula, and especially the Peninsular Malaysia. In Borneo and in Sumatra, where we applied case-specific models, the most biodiverse areas are the Malaysian region of Sabah in the northern Borneo, and the mountainous region of Bengkulu, in western Sumatra. Overall, our results suggest that anthropic factors, and mostly deforestation, negatively influence specie presence. By contrast, the presence of protected areas plays an important role in determining suitable areas for species. Since the presence of forest showed up as another important environmental factor positively affecting biodiversity, we believe that protected areas’ main contribution is to create islands of untouched and pristine habitat in a matrix of anthropic landscape made up of urban areas, agriculture lands and deforested areas - all serious threats for biodiversity.

More geographically specific analyses have highlighted the impact on biodiversity in continental Southeast Asia of climatic factors, mainly precipitation (positively affecting species presence) and temperature (negatively affecting species presence). This allows us to make an overall assessment of the contribution - positive and negative - of different climatic, environmental and anthropogenic factors (habitat loss and degradation). In Borneo and Sumatra is similar insofar as climatic factors have a strong influence on species richness - but the impact runs in the opposite direction - with precipitation negatively affecting species richness, and temperature positively. In Borneo (but not so much in Sumatra) we highlighted a very positive relationship between richness in species and roughness, where roughness can be interpreted as an obstacle for human activities to reach the most remote areas. Another difference between the two islands is that protected areas have a more important role in Sumatra than in Borneo. As on the mainland, climatic and environmental factors promote the presence of a very rich biodiversity in Borneo and Sumatra, whereas anthropic activities restrict animal species to protected or remote areas.

Our next step is to produce scenarios for future change in the region.  We are going to model the effects of projected changes in the size, structure and spatial distribution of human populations in Southeast Asia on landscape composition in the region. This will enable us to produce new models of species richness under different scenarios, assessing how the human-driven changes are likely to affect biodiversity, and where the main areas of biodiversity are likely to occur.

Luca Chiaverini is a DPhil candidate at the Wildlife Conservation Research Unit, Department of Zoology. His research examines scenarios of biodiversity conservation in Southeast Asia under future land-use and socio-economic changes