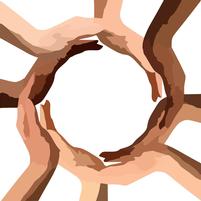 Unless you’re a bot, where you are right now, reading this, could be a place that you love or hate. But more likely than not, you’re not bothered by it and haven’t noticed it too much. That is precisely what most places and spaces are designed to be like. You seldom see red floors that scream for attention. They would be hard to match with other colours, and everything else would need to be so opulent if the floors were fade into the background as they ideally should. No designers want people falling over each other because they were staring at the floor. The spaces and places in which we find ourselves usually fade into the background. We recall the persons we met, the conversations we had, the activities we were engaged in, and perhaps the emotions we felt; and if they become associated with the particular space, it would then qualify as a place.

The idea of community gerontology has emerged from more than a decade of age(ing)-friendly initiatives. If we want the idea to be more specific than Age-Friendly Cities and Communities (AFCC) - a very inclusive umbrella term - then we can say that it has to do with place as we experience it with others. Neighbourhoods are places. Communities gather, or more typically, are experienced in places. It’s often hard to say where a neighbourhood begins and ends. But places are more well-defined, or at least we typically identify them with some definite description. They are where we go more or less frequently, or where we meet particular people. In between these places which mean something to us, there may be other places of little significance to us which mean nevertheless something to someone else. And perhaps these ‘someone elses’ turn out to be the target beneficiaries of community-based interventions.

Yet very little of our research is really place-based. In fact, we often go out of our way to avoid place-based research in order to obtain a more representative population sample. We typically work with high-level entities cities, countries, and regions. But with the advent of geospatial information systems (GIS), an increasing number of population-wide surveys are geocoded – that is, which means that we can move down to a lower level of analysis based on postal codes for the respondents’ residences. Even so, places are seldom the unit of analysis. We may be interested in the individuals and how close they live to a specific amenity type (e.g., healthy food options), but not the neighbourhood itself. In so doing, we reduce the neighbourhood to a linear or network distance between the respondent and the amenity of interest. This is fine for most research questions in social gerontology. But it is not place-based in the sense that it investigates places are these are experienced by us or the beneficiaries of interventions it.

Places are experienced as complex, intertwining systems. To use an ecological illustration, not all riverbanks are the same. Some are easier to drink from and some are resting spots for predators. A deer and its predator would understand and use the same place differently. These same spatial tactics characterise human interactions in residential areas of higher density, and are being replicated almost endlessly, in the peri-urban areas of rapidly developing and rapidly ageing regions. Urban ethnography would shed light on these space use dynamics. But the kind of rigorous collaborations that could make use of these ideas have to-date rarely been implemented in AFCC practices.

How then to intervene? What do we want to achieve in intervening? Better wellbeing? What kind of wellbeing? How? These are the questions that confront any community gerontologist at some point given the limits of extant literature in this emergent interdiscipline. Based on a transdisciplinary neighbourhood health framework, psychosocial health would be a relevant intermediate outcome variable of interest for community gerontologists who want their (co-)interventions to impact on health inclusively understood. Here, the interdiscipline gets more interdisciplinary. It is one thing to notice space and place. It is another altogether to read them as a psychosocial terrain that, in its present state and across different inches or square metres, may produce more or less health benefits for older adults, as these would be understood by an ‘insider’.

From an urban design and community development perspective, there is also a socio-ecological terrain to be explored in analyses of the ways in which places or neighbourhood spaces provide forms of communal living in the line with the expectations of residents. A long list of 75 modifiable aspects of the neighbourhood was reduced to 16 telling questions based on factor analyses, identifying communal affordance, embeddedness or belongingness, environment pleasantness and time outdoors as latent factors of interest. Community gerontologists could do worse than focus on improving these factors in order to facilitate neighbourhood health processes. The challenge lies in taking a psycho-socio-ecological approach to intervening in communities we hope to benefit, and articulating it.

Where is the opportunity?

Research to intervene on the relationship between psycho-social atmosphere and socio-ecological aspects of a neighbourhood and older adults’ wellbeing has only just begun, although the real-world practice can be traced further back. As an interdisciplinary interdiscipline, various perspectives that would use the aforementioned parameters can and should be brought to bear on community gerontology for further, focused development. For example, psychologists can adapt heart coherence training to community settings for a direct intervention on their psychosocial atmosphere. This could be coupled with design interventions to create communal nodes at appropriate locations. The status of community gerontology as an interdisciplinary interdiscipline is the invitation to contribute. But cross-disciplinary understanding is paramount for theoretically directed advancement.

If we get the parameters right our research, interventions and new high-density residential developments could do a lot to facilitate healthy ageing in place, which means that community gerontology could possibly ‘have enormous public health implications’.  Public health interventions have tended to focus on changing health behaviours in a somewhat one-dimensional fashion. But it is counterproductive to have a deer drink from a bank that is too high or from water infested with crocodiles that it can see even if we do not.

Daniel R. Y. Gan was an Academic Visitor at the Oxford Institute of Population Ageing in 2019. He is a Research Associate and PhD Candidate at the Department of Architecture and the Centre of Ageing Research in the Environment, National University of Singapore. Daniel is founder and community planner of Healthy Ageing in Place.