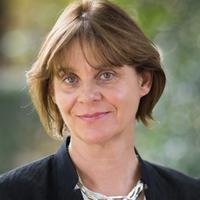 The concept of civil repair

What does the Catholic paedophilia scandal; the 2008 financial crisis and the UK phone hacking scandal have in common? A great deal, according to US Cultural Sociologist Jeffrey Alexander. All three are examples of the concept of “civil repair” within modern society. In his packed Mary Douglas Annual Lecture at St Anne’s College Oxford, Alexander took us through the intricacies of the “disruption of civil spheres”. Over time there are phases of public involvement and then public withdrawal which reflect the shifting relationships between social spheres. Known disruptive behaviour occurs within a protected sphere – an institution; while many outside the institution know of the activities no-one speaks – sometimes for years, decades, even centuries. Then a trigger occurs, the scandal or disruptive behaviour is blown open to the public and wider society feels it must act. It disciplines the institution, which cowers for a respectable moment – though ultimately fights back asserting it authority over the right to control its members.

Take the Roman Catholic paedophilia scandal. Decades of Church knowledge of sexual activity which were controlled by the social sphere of the Church. Concepts of sinfulness and forgiveness defined the oversight whereby the priest was counselled rather than punished for his sin, his fall from grace; his religious work inside the Church commended, the victim ignored, and the sexual activity continued. A series of stories in the New York Times in 2002 was the trigger for the public involvement. The American legal and political system acted, religious terminology became civil terms; “forgiveness” and “sin” transposed into “dishonesty” and “abuse”. The steady state of ignorance and acceptance within the social sphere of the Church broke down. The conscience of US society asserted itself, regulatory institutions imposed; legal incitements; legal compensation.

Similarly the Financial Crisis, the trigger here was the Lehman Brothers collapse. But long before that the in-house financial trade publications had been commenting on financial derivatives and prime mortgages, without the public press, including the FT, taking it up. When the economic scandal broke, the banks allowed limited investigation, but soon aimed to reassert their authority. In a similar fashion phone hacking by the UK’s News of the World had been identified by the Guardian for some time. Side-lined by the Murdoch press machine – “its what papers do…” it was not until July 4th 2011 that a story asserting that the 2001 murdered school girl, Milly Dowler’s phone had been hacked, that the press (who had previously kept silent) piled in. The public sphere was awakened. Wider society acted with the Leveson enquiry, which sought to discipline the social sphere of the press, civil repair was sought. Yet within months the press were back reasserting their right – and choosing to not accept the Leveson recommendations.

What has the British Anthropologist Mary Douglas got to do with this? you may ask, It was after all her annual lecture? Alexander’s thesis emerges from his theoretical reflections on her work. The process by which such routine activities practised within civil spheres are institutionally disrupted, accepted behaviours become profane, and new narratives are written – emerges from Douglas’ classic work on “matter out of place”. What is acceptable within one sphere is unacceptable within the wider public sphere.

Once the audience engaged in the subsequent discussion a stream of examples emerged – the sexually abusive behaviour shown towards women in the 1960s and 1970s; the current FIFA bribery scandal (even I, who still supports Chelsea because they won the only football match I have ever sat through in 1970, have known of this for years) which was an apparently accepted routine with the social sphere of FIFA until the FBI triggered the awakening of public involvement; the grooming and abuse of young girls by men in the UK known by the police for years but not seen as polluting behaviour while it was contained within the social sphere of the communities involved. Thought provoking for those considering the treatment of older adults within institutional frameworks which allow treatment far below that which is considered acceptable for the rest of the population.

A thought provoking lecture, of relevance to anyone working on issues of contemporary society.

Sarah Harper is Professor of Gerontology at the University of Oxford, Director of the Oxford Institute of Population Ageing and Senior Research Fellow at Nuffield College.

Sarah is Professor of Gerontology at the University of Oxford, Director of the Oxford Institute of Population Ageing.