Seminar: ‘A study of impacts of migration on health and well-being in later life in China - Evidence from the China Health and Retirement Longitudinal Study (CHALRS).’ 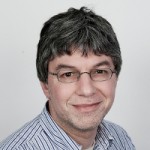 Director of Centre on Dynamics of Ethnicity

China has undergone rapid urbanisation over the last few decades, involving both migration into urban areas and the geographical expansion of urban areas. While we know that both migration and urbanisation have a bidirectional relationship with health, this relationship has not been much studied in China.  In fact, most of the literature on migration in China has only focused on one particular type of migration (temporary rural-to-urban movements), has only focused on the migration of relatively young people within the current economic and political context of market liberalisation, has largely neglected the impact of migration on health and well-being, and has neglected the long run effects of these processes in later life.

Using an interdisciplinary approach, this paper will provide an overview of mechanisms that are theorised to explain the relationship between migration and health and well-being (in particular selection, material conditions and psychosocial circumstances), and how they might operate in China. It will then examine the association between different forms of migration and their relationship with later life health and well-being, and then attempt to draw conclusions on likely causal processes. To do this, we use the China Health and Retirement Longitudinal Study, a nationally representative dataset that examines the circumstances of the Chinese population aged over 45 years old.