Health, well-being and the growing challenge of chronic disease: the case of elderly Russians 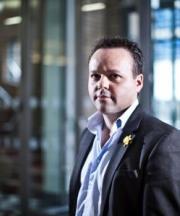 Professor Christopher J Gerry joined St Antony’s College as Associate Professor of Russian and Eurasian Political Economy in September 2017. Before that he held positions at the UCL School of Slavonic and East European Studies (2002-2017) and, during a recent 3-year period of leave, at the National Research University Higher School of Economics (HSE) in St. Petersburg (2014-2017), where he continues to hold a part-time affiliation.

His current research focuses on the political economy of health, welfare and labour in Russia, with articles forthcoming on health insurance reform, multi-morbidity and the medical labour market. He is currently researching a book on health, welfare and gender in the Russian Federation and is involved in multiple research projects with the HSE St. Petersburg International Centre for Health Economics, Management and Policy, which he established successfully in 2015.

Following the demographic collapse of the 1990s, economic recovery at the start of the 21st century, heralded a period of declining mortality, gradual increments in life expectancy and a small uptick in childbirths. In the 2010s, as life expectancy continues to rise, the smaller population cohort, born in the 1990s, enters both the labour force and the age of childbearing. This combination is delivering a renewed squeeze on the structure of the Russian population, which now has one of the most rapidly ageing populations in the world. This squeeze gives rise to an acute pension burden and a growing health burden. The latter, in the form of the growing challenge of chronic disease, is the subject of this paper. Chronic disorders, including CVD, cancer, respiratory disease and diabetes, are the leading causes of mortality globally and the incidence of these diseases is rising in Russia. Using individual level data, representative of the Russian population, we find that more than 40% of the population report living with multiple chronic diseases and we explore the distribution of this burden, it’s impact on the quality of life of elderly Russians and possible policy and individual responses.