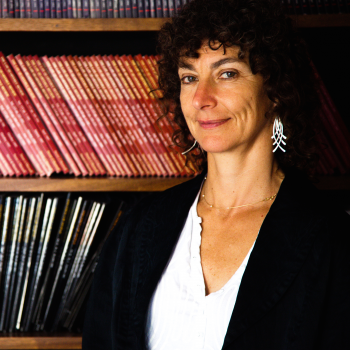 Sandra Fredman is Rhodes Professor of the Laws of the British Commonwealth and the USA at Oxford University. She was elected a Fellow of the British Academy in 2005 and became a QC (honoris causa) in 2012.  She is Honorary Professor of Law at the University of Cape Town and a fellow of Pembroke College Oxford.  She has written and published widely on anti-discrimination law, human rights law and labour law, including numerous peer-reviewed articles, and three monographs: Human Rights Transformed (OUP 2008); Discrimination Law (2nd ed, OUP 2011); and Women and the Law (OUP 1997),as well as two co-authored books: The State as Employer (Mansell, 1988), with Gillian Morris, and Labour Law and Industrial Relations in Great Britain (2nd ed Kluwer, 1992) with Bob Hepple. She has also edited several books: Discrimination and Human Rights: The Case of Racism (OUP,2001); and Age as an Equality Issue (Hart, 2003) with Sarah Spencer; and has written numerous articles in peer-reviewed law journals. She was awarded a three year Leverhulme Major Research Fellowship in 2004 to further her research into socio-economic rights and substantive equality. She is South African and holds degrees from the University of Witwatersrand and the University of Oxford.. She has acted as an expert adviser on equality law and labour legislation in the EU, Northern Ireland, the UK, India, South Africa, Canada and the UN; and is a barrister practising at Old Square Chambers. She founded the Oxford Human Rights Hub in 2012, of which she is the Director.

Trinity Term 2018 Seminar Series Leave No One Behind – Sustainable Development Goals, Ageing and Global Development Convener: Dr Jaco Hoffman Globally, life expectancy at birth has increased by more than 30 years over the last century during which, at the same time, fertility declined. This altering of the population structure in developed as well as developing regions across the...

It is well-known that older women are amongst the poorest segments of society. Women's poverty in old age reflects their disadvantaged social and economic status throughout their lives.  Pensions generally depend on lifetime contributions, favouring those who have been able to work continuously at reasonable levels of pay throughout their working lives. This is a pattern with which women are unlikely to conform: continued responsibility for child care leads instead to fragmented working histories, periods of part-time working and generally low levels of pay. For the vast majority of women who work in the informal sector, in precarious jobs or unpaid in the home, old age carries little comfort.

The SDG 2030 agenda is brimful of promises for the achievement of gender equality and the empowerment of women and girls. The record of their predecessor MDGs, however, raises doubts about the extent of the political commitment to fulfil these promises. This raises the question of the role of human rights. Unlike development goals, which are political aspirations, human rights are legally binding commitments.  Can human rights, and particularly the right to equality, be harnessed to hold the world to account for its SDG promises? And what would this mean for older women?  This requires more attention to be paid to the meaning of the right to equality. Simply treating everyone the same would make little impact on the poverty which the SDGs aim to address, particularly in a situation of intersectional inequality faced by poor older women. Instead, this paper argues for a substantive conception of the right to equality, which is capable of addressing the multi-facetted nature of the poverty facing older women. It interrogates the potential for both human rights and the SDGs, working together, to achieve substantive equality for older women.