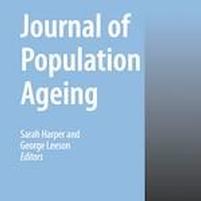 Each issue takes a region and explores through commissioned and submitted papers key questions, highlighting the now extensive range of research being undertaken, by both established and new emerging researchers from across the world.

Each issue figures a key editorial commentary jointly written by an academic and policy or practitioner from the region, in recognition of JPA’S commitment to publish high quality research which has relevance for change.

Issue 1 The dynamics and challenges of ageing in Asia

Commentary by Kenneth Howse, Oxford and Alexandra Sidorenko, Head of the United Nations Programme on Ageing (1988-2009)

Issue 3 Convergence in the Americas