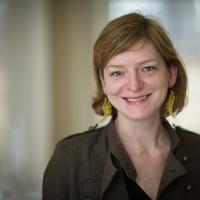 Maja was a Research Fellow on the project – “Implications for food production of adaptation to environmental change with an ageing agricultural sector: a case study of changing pest environments in Vietnam” part of the Oxford Martin School Future of Food Programme. She worked with Professor Sarah Harper, the PI on the project and Dr Mike Bonsall, Department of Zoology.  The project explored the implications of changes in the structure of Vietnamese smallholder rice farming populations on food production in particularly in the context of climate change and the resulting changes in pest environments. As part of the team, Maja  developed a unique modelling approach to tackle the complexity of the social and environmental interactions contained in the research question, combining computer based agent-based modelling with a participatory approach that involves the stakeholders in the model development process.