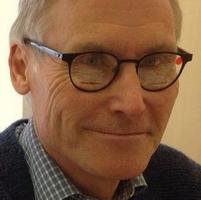 Paul Cann has held senior roles in the UK voluntary sector for the last 30 year.  An English graduate of Cambridge University, he has been active in work to address ageism, poverty, social exclusion and dignity in care. In 2008 his Help the Aged team won 5 national charity awards for its campaigns which led to the Equality Act, and in that year he was awarded the medal of the British Geriatrics Society for an outstanding contribution to the interests of older people.  He was a Visiting Fellow of the Oxford Institute of Population Ageing from 2004-2007 and the International Visiting Fellow of the Australian Association of Gerontology in 2016.  In 2011 he co-founded the Campaign to End Loneliness. He was appointed OBE in the 2020 New Year's Honours List