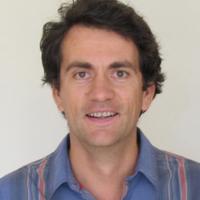 We are interested in understanding the molecular mechanisms responsible for acquisition and storage of information in the brain, i.e. learning and memory. Research over the past five decades led to the idea that activity-dependent changes in the strength of synapses between nerve cells can represent a mechanism for information storage. The neurotransmitters glutamate and γ-amino-butyric acid (GABA) mediate most synaptic signalling in the vertebrate central nervous system. Their receptors are either ligand-gated ion channels (ionotropic: the AMPA, kainate and NMDA subtypes of glutamate receptors as well as the GABAA and GABAC receptors) or G-protein coupled receptors (metabotropic: mGluR1-R8 subtypes of glutamate receptors and the GABAB receptors). Functional assays revealed important roles played by these molecules in the induction, expression and/or modulation of synaptic plasticity. From a medical point of view, a wide spectrum of disorders including Alzheimer's, schizophrenia, Parkinson's and ischemic neuronal injury are linked to cell surface receptors responsible for synaptic plasticity. Dysfunction of the same molecular systems appears to be responsible for the cognitive decline linked to the 'normal' aging process or psychiatric conditions such as bipolar disorder and major clinical depression.