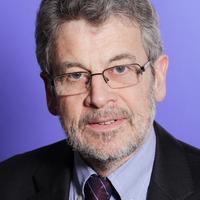 Mark Gorman is a Visiting Fellow at the Oxford Institute of Population Ageing (1st January 2015 to 31st December 2018).

Mark is the Guest Editor for Issue 2 of the Population Horizons.

Mark Gorman is the Director of Strategic Development at HelpAge International. He joined HAI in 1988 as Development Officer, the first full-time staff appointment made by the organisation. Subsequently he became Deputy Chief executive between 1991 and 2007.

Prior to coming to HAI he worked for development agencies with programmes in Africa, Asia and Latin America. He started his career in 1973 as an Education Officer working for the North-Eastern State Government of Nigeria, and subsequently worked for Voluntary Service Overseas as programme coordinator in Nigeria.

After gaining a first degree in History at Cambridge University he trained as a teacher at the University of London. He holds Masters Degrees from Cambridge and Bristol Universities, the latter in Education in Developing Countries. He has published a number of articles on aspects of ageing in the developing world. He was awarded an MBE in the Queen’s New Year’s Honours List 2008.