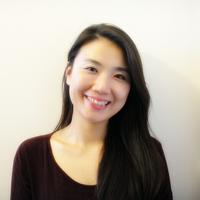 Dr Younga Kim is a James Martin Fellow at the Oxford Institute of Population Ageing from the 31st December 2015 to the 31st March 2016.

Dr Kim is originally from the Republic of South Korea,  received her Ph.D. in Sociology at École des Hautes Études en Sciences Sociales, France on the 24th of June, 2015. She is currently a Member of the Research Team on Social Inequalities (ERIS) at the Maurice Halbwachs centre, Paris. She is appointed a visit researcher at Institut nationale d’études démographiques (INED) in Paris from the 1st April to the 30th June 2016.

Her research interests focus on female employment and its relation to changing demographics, especially fertility and ageing in Western European and East Asian societies. Her recent article “Changes in Precarious Employment among South Korean Women” has been published in Mathematical Population Studies. ( http://www.tandfonline.com/doi/full/10.1080/08898480.2014.925354 )