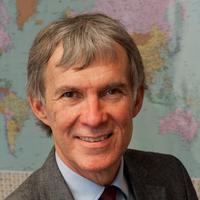 Christopher Mark Davis became a Professorial Research Fellow at OIPA in October 2016. His most recent article on ageing (2016) is entitled The Changing Capabilities of Cohorts of the Elderly in Russia During 1990-2020: Measurement Using a Quantitative Index (now under review by a journal).  This examined the life experiences and characteristics at the age of 60 of the Russia births cohorts of 1930, 1935, 1940, 1950 and 1960. His initial new research for OIPA will make use of a similar quantitative methodology to carry out an international comparison of the changing capabilities of cohorts of the elderly during 1990-2010 in seven countries that have experienced major wars and economic crises since 1930: China, Germany, Japan, Russia, South Korea, UK and USA. Professor Davis has been an academic at Oxford University for 25 years and has held the post of Reader in Command and Transition Economies in the Department of Economics and School of Interdisciplinary Area Studies (Russian and East European Studies). Since 2013 he has been involved in two health-related research projects (also covering ageing topics) in Russia in the following positions: Head of the Research Laboratory on the Economics of Health and Health Reform at the Russian Presidential Academy of the National Economy and Public Administration in Moscow and International Research Fellow in the Centre of Health Economics, Management and Policy (CHEMP) at the Higher School of Economics St. Petersburg.

Christopher received his B.A. (Applied Mathematics) from Harvard College in 1969, served as an officer in the U.S. Navy during 1969-73 and was a postgraduate student in the Economics Faculty of Cambridge University during 1973-78 (with one year spent at Moscow State University). He wrote a doctoral thesis on The Economics of Health in the USSR (Ph.D. in Economics 1980) that evaluated health issues empirically using a quantitative model linking the population, health sector and economy in the USSR, which was based on a methodology developed by his Ph.D. Supervisor, Professor Richard Stone (Nobel Prize 1984). Christopher was one of the first scholars in the world to analyse the problem of rising mortality in the USSR. From 1978 to 1991 Christopher was the Lecturer in Soviet Social Policy at the Centre for Russian and East European Studies at the University of Birmingham. He taught a course there that covered issues related to population ageing and the welfare of the elderly in the USSR. At Oxford Christopher also has worked on the topics of industry and defence economics in the USSR and Russia. His most recent publication (2016) presents a defence economic analysis of the Ukraine conflict (Open Access)