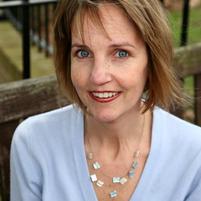 Delia Lloyd was a Visiting Fellow at the Oxford Institute of Population Ageing.

Delia is a writer and communication consultant based in London. Her writing has appeared in major international media outlets including The New York Times, The Financial Times, The BBC World Service and The Washington Post. She is currently a regular contributor to two websites exploring women’s fulfillment as they age: Better After 50 and Sixty and Me. Her own blog, Real Delia, explores the journey of adulthood.

Delia also has a strong background in policy and research. She holds a PhD in political science from Stanford University and has taught on the faculty of MIT and The University of Chicago. She served as a Senior Development Advisor at The United States Treasury Department and worked as Head of Policy and Research Insight at the BBC's international development charity, BBC Media Action.