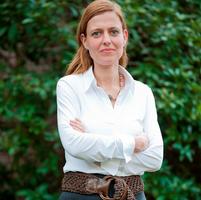 Els van Wijngaarden was a Visiting James Martin Fellow at the Oxford Institute of Population Ageing from 4 October 2021 to 4 January 2022.

Els is based in Utrecht, The Netherlands, where she works as an associate professor in Care Ethics at the University of Humanistic Studies. Her research agenda attends to in-depth reflections on experiences of meaning and meaninglessness in old age, our changing attitudes towards death and dying, and death wishes in late life. She combines empirical, qualitative research with conceptual research in order to explicate and unravel underlying moral experiences.

During her stay at the Institute, she was working on a project titled ‘Memento Mori Revisited: unravelling the role of choice regarding death and dying in old age’, funded by the Dutch Research Council (NWO). In this project she explores the growing tendency of people to exercise choice and control over the time and manner of dying, and how this may influence the way we actually age and die.

Els van Wijngaarden was previously an Academic Visitor at the Oxford Institute of Population Ageing from 1 February 2018 to 31 March 2018.