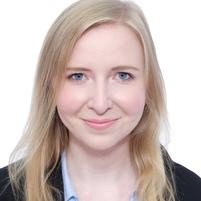 Lara Roll was an Academic Visitor at the Oxford Institute of Population Ageing from 13 January 2019 to 09 March 2019.

She obtained her PhD Degree in Organisational Psychology from Lingnan University (Hong Kong) as a Hong Kong PhD Fellowship recipient. She is currently appointed as postdoctoral fellow at North-West University (South Africa), leading a longitudinal research project on job insecurity across 10 countries. Previously, Dr. Roll worked as Research Assistant Professor at Lingnan University (Hong Kong), lecturing on topics such as Organisational Psychology, Personnel Psychology, Cross-Cultural Psychology and Decision Making in the Modern World. Her research focuses on the changing world of work in different cultural contexts and age groups, with the long-term goal of identifying effective intervening variables to alleviate negative effects on employees.

Her research at Oxford was focused on the impact of the fourth industrial revolution on employees’ perception of the future of their professions as a whole.