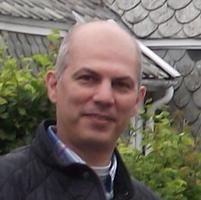 Mohamed joined the institute in 2020 to work on research related to ageing dynamics and estimating the cost of care, particularly in the Middle East and North Africa (MENA) region. He is trained in engineering (MEng – Cairo University), computer science (MSc – Cairo University) and mathematical finance (MSc - CASS Business School). Mohamed started his career working as a quantitative analyst for leading global financial organisations, such as Merrill Lynch, HSBC, Mizuho and Credit Suisse, before he began to shift his focus onto quantitative social research. Since 2009, he has worked as an independent researcher in the field of social sciences with a particular drive to make use of different statistical and mathematical modelling techniques for the analysis of large data sets in this field. He has worked with universities in the UK, Europe, Australia and the Middle East; publishing a number of peer-reviewed articles. He has also been invited to give talks and presentations at several leading universities and organisations. His research covered topics such as migration, population ageing and safeguarding. Mohamed will be working primarily with Dr George Leeson.