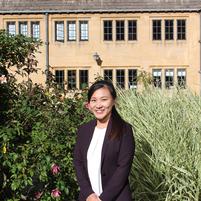 Yanan joined the Oxford Institute of Population Ageing in November 2020 as a Research Fellow on the DAI@Oxford Programme with a quantitative focus. Her role involves the creation of an evidence base for positive interventions in support of population ageing.

She previously worked as a social care economist for the ESRC funded ‘Sustainable Care: Connecting People and Systems’. She conducts research on the costs of social care in terms of economy, health, and well-being, primarily through the analysis of large-scale longitudinal survey data, often presenting her results internationally, directly contributing to key policy debates.

She obtained her doctorate at the Department of Economics at the University of Birmingham in 2018, under the supervision of Professors Alessandra Guariglia and David Dickinson. Her thesis explored the association between savings and ageing populations, the reallocation of resources in middle and older aged adults, and the consumption, efficiency and utilisation of public health insurance schemes.