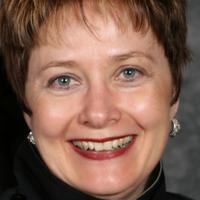 Vera Roos is a Professor of Psychology at the North-West University’s  since 2004. To date she has published 61 peer reviewed papers in national and international journals and contributed to 19 chapters in textbooks. She has also presented various papers and posters at national and international conferences on topics related to community psychology with a focus on enabling contexts, intergenerational relational wellbeing and the contributions of older persons in challenged contexts.

Vera’s theoretical approach, namely that the broader social environment informs the dynamic processes in complex systems, provided the background for the development of the Mmogo-method®. This method assists social researchers to access the dynamic interactions between people in relation to their communities within a particular context in a culturally sensitive manner. The Mmogo-method® is regarded as a visual narrative that assists people to recount experiences and to make sense of the context in which they function. Vera is committed to promote the relational and collective wellbeing of older people and communities in relation to the contextual realities by eliciting strengths and competencies. Vera Roos is a NRF-rated scientist on level C2