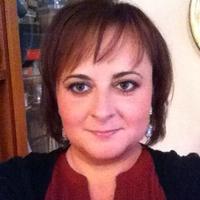 It is with great sadness that the Institute of Population Ageing has learnt of the death of  Dr Francesca Ghillani.

Francesca joined the Oxford Institute of Population Ageing in 2017 as a Research Fellow.

Francesca was awarded a DPhil in Sociology from the University of Oxford, under the supervision of Prof. Sarah Harper. Her doctoral research, "Migrating Bodies: the Effects of Transnational Movement on Women's Bodily Practices in Later Life", identified four key dynamics that regulate the interplay between ageing, migration, and bodily practices.
Prior to Oxford, Francesca successfully passed the postgraduate degree “Consultant in Autobiographical and Self-Analytical Writing in Assistance Relationships” at the University of Milan - Bicocca, a multidisciplinary course where she learnt life-writing theories and techniques.
Earlier, she graduated in Humanities (BA and MA) with 110/110 summa cum laude (full marks with honours) at the University of Parma, Italy. Her thesis, a personal account about critical autobiography and otherness, was selected as one of the winners of the national thesis prize “Antonio e Luigi Goi”.

Additional experience
During her time as a student at the University of Oxford, Francesca has held several positions of responsibility:

Before joining the OIPA, Francesca worked at the Department of Political and Social Sciences of the University of Parma, carrying out studies about Qualitative Methods and the relationship between identity and narration.