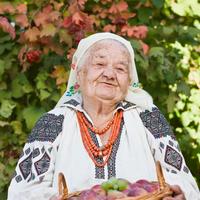 Over the past several months I have made research visits to Russia (three times), Germany and South Korea in connection with several projects, including an almost completed one on the changing circumstances of the elderly in Russia and a new one devoted to the international comparison of the elderly in major countries that have experienced wars and systemic changes (revolutions).

The usual images of the elderly in Russia are poorly dressed male war veterans sitting around a table consuming vodka and tired looking grandmothers (babushka) in dark clothes and headscarves, perhaps engaged in low skill chores like sweeping the pavements. Among Russian economists the prevailing opinion is that the elderly are a burden on younger generations and action needs to be taken to reform low retirement ages (55 for women and 60 for men). My 2006 article on ‘Political and economic influences on the health and welfare of the elderly in the USSR and Russia: 1965-2005’ (Oxford Development Studies, 34 (4): 419-440) somewhat reflected conventional wisdom.

Six years after this, in July 2012, I participated in an interesting conference entitled ‘The Elderly as an Asset’, held at the Rockefeller Center on Lake Bellagio, and I changed my views. I have to thank Prof. Gordon Clark (then of the Geography Department of Oxford, now Director of the Smith School of Enterprise and the Environment) for the invitation. The conference exposed me, for the first time, to the theory and realities of ‘active ageing’, and led me to explore the relevance of the new ideas in the Russian context, and to differentiate my analysis by birth cohorts of the elderly to distinguish, for example, the situations of 60 year-olds born in 1930 from 60 year-olds born in 1950.

Over the next several years I developed my ideas and methodology and gathered relevant data. It took me three years to finish a paper on ‘The Changing Capabilities of Cohorts of the Elderly in Russia During 1990-2020: Measurement Using a Quantitative Index’[1]. The article argues that Russia’s turbulent history over the past 100 years (reminder: the Great October Revolution was in 1917) caused unusual fluctuations in the capabilities of those turning 60 (measured by education and training, income, enabling environment, medical care, and health status). It analyses the life experiences and capabilities of five Russian birth cohorts (1930, 1935, 1940, 1950, 1960), paying special attention to the importance of health factors (health environment, health-related behaviours, medical care, health status) in determining the activities and contributions of older people in Russia. A Human Capabilities of the Elderly in Russia Index (HCERI) demonstrates that there was a large drop in capabilities of the elderly from 1990 to 1995, a slow recovery through 2000, and then rapid improvement. The implications of changes in the characteristics of the elderly for Russian government policies are explored.

My most recent visits to Russia (end of 2016 and January 2017) were financed mainly by a project I started in Moscow at the Russian Presidential Academy of the National Economy and Public Administration, where I hold a part-time position as Head of the Research Laboratory on the Economics of Health and Health Reform. My stay in Moscow gave me an opportunity to discuss my research with Russian colleagues, including Prof. Sergey Shishkin,  Director of the Center for Health Policy at the National Research University Higher School of Economics. Sergey has had a long-standing interest in social welfare and health issues related to the elderly, and was Head of the Working Group on Health in the large academic-government project that prepared ‘Strategy 2020’ in 2012. He is currently part of the team based at Russia’s Center for Strategic Research (Director, Alexey Kudrin) which is preparing a ‘Strategy for Russia During 2018-2024’ (possibly the dates of the next period in office of President Putin). One of its main themes is Human Capital, which includes ageing, health and pensions. I arranged for Sergey to participate in the Bellagio conference in 2012, so he has followed developments in my research with interest. We are writing a joint article in a separate area that concerns the comparison of motivations of doctors in Russia and the UK.

During my visit to Russia in January 2017 I participated in the Gaidar Forum, which is a large international conference on the Russian economy held at the Russian Presidential Academy. It had several interesting sessions on topics related to demography, health and pensions. I then took the Sapsan bullet train from Moscow to St. Petersburg to deliver a talk on the international comparison of health reforms at the Center for Health, Management and Policy (CHEMP). I have worked on projects (including the health economics one in Moscow) with its Director, Prof. Christopher Gerry, since 2006 and I am currently a Principal Research Fellow there. Colleagues at CHEMP are beginning a research project on the elderly, which might involve me in the future.

I mentioned at the beginning of this blog that in late 2016 I started work on a new international comparison project on the elderly. It will involve assessment of the capabilities of birth cohorts of the elderly in seven countries that have experienced world war and/or revolutionary change: China, Germany, Japan, Russia, South Korea, UK and USA. This was outlined in an informal seminar at OIPA in October 2016. I already have carried out international comparisons of health reforms and health equity in China, Russia, UK and USA. I will report progress in a future blog for OIPA.

Christopher Davis is Professorial Research Fellow at OIPA. He is Reader in Command and Transition Economies at the University of Oxford, Fellow of Wolfson College, and Head, Research Laboratory on the Economics of Health and Health Reform, Russian Presidential Academy of the National Economy and Public Administration

[1] Under review for journal publication