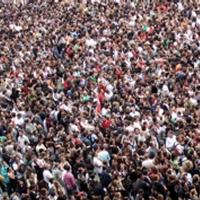 A birth cohort study is one where a representative sample of newborns is followed over many years – with the consent of their parents – to track their health, development, education and other life circumstances. In the case of this cohort, what began as a study of maternity has now evolved into a valuable resource for studying ageing.

James Douglas was appointed to run the initial maternity survey and, within a year of the end of World War II, health visitors had interviewed 13,687 mothers, from across Britain, who gave birth in March 1946. They asked about the care of the mother and her baby, and the costs she incurred during pregnancy and childbirth.

In this first phase, the study revealed important differences in the mothers’ and babies’ health and survival by geographical area and income group. The study showed that many more babies from poor families died compared with those from well-off families.

Soon after the maternity study was completed, Douglas decided to follow a group of 5,362 infants to discover the factors that led to poor growth and ill health during preschool years. This data contributed to the design of NHS care for the preschool child.

By the end of the school years two sets of data had been collected. One on health and growth and the other on cognitive and emotional development and educational attainment. The data revealed an increased risk of underachievement – known as the “waste of talent” – among children with high intelligence in poorer families.

Adapting to the times

After Douglas retired, Michael Wadsworth took over the leadership of the project. He expanded the data collection in the second phase of the study to investigate mental health in early adulthood. Under his directorship, the study also expanded the number of physical traits that were measured. In these years the study began to address emerging areas of research concerning the influence of early-life factors, such as growth and environment, on early adulthood.

After Wadsworth came Diana Kuh and by now the study participants were in their sixties. Kuh changed the focus of the study to ageing.

Over the past decade researchers on the project have tried to understand how social and biological factors across life influence ageing. By examining survival, physical and cognitive ability, as well as psychological and social well-being they have gained a better understanding of ageing at the individual, body system and cellular level.

As a result of the lifelong commitment of the study participants, researchers have been able to gain insight into what factors, from early- and midlife, contribute to the risk of decreases in physical and cognitive ability and of common diseases, such as type 2 diabetes, heart disease, stroke, cancer and dementia.

Through the contributions of the study founders, directors and researchers as well as the lifetime of commitment from its thousands of participants, the cohort study has provided – and continues to provide – a wealth of information on ageing, as questions surrounding ageing become increasingly important and complex.