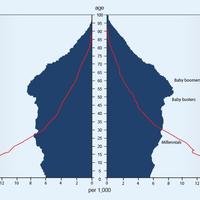 The Canadian Longitudinal Study on Aging will collect data on over 50,000 older adults for 20 years

The Canadian Longitudinal Study on Aging (CLSA) is the jewel in the crown of Canadian epidemiological research on ageing.  Although there are many other incredibly valuable longitudinal studies of ageing currently underway in Canada, for example the Victoria Longitudinal Study and the Manitoba Follow-up Study, they are no match for the breadth, depth, and scale of the CLSA.  This long-term study will follow more than 50,000 Canadian men and women for 20 years, representing an unprecedented commitment by the Canadian government and Canadian Institutes of Health Research to the future of the ageing population.

Earlier this year Statistics Canada revealed that as of the 2016 Census there were more Canadians aged 65 years and older than there were under age 15, for the first time in recorded history (as detailed in a previous OIPA Blog post). This demographic shift was obviously no surprise to gerontologists, epidemiologist, demographers, et al., who had been hotly awaiting this historic reversal. In anticipation of the myriad unprecedented health, social, economic, and political ramifications of an ageing Canadian population, a large-scale research strategy was set in motion.  In the early 2000s, Principal Investigators Dr. Parminder Raina, Dr. Susan Kirkland, and Dr. Christine Wolfson secured the first grant to develop the protocol design for the CLSA.  This was followed on by further funding rounds to conduct methodological feasibility studies (2002-2004) and content development and validation work (2004-2006).  Between 2008 and 2015, the CLSA Team was awarded $23.5M to support the first wave of baseline data collection, capturing a nationally-representative sample of 50,000 participants. This comprehensive baseline data collection includes a vast range of variables, such as demographic, lifestyle, behavioural, social, anthropometric, psychological, socioeconomic, and health status.  Additionally, 30,000 of the full sample will be followed up for more in-depth examinations, including the collection of biological samples, i.e. blood and urine.  From inception to baseline data collection this process has included the combined effort of more than 160 co-investigators from 26 Canadian universities as well as the input from innumerable international collaborators.

This monumental effort is now beginning to bear fruit, as the baseline data from more than 51,000 study participants are now available to researchers. As an epidemiologist (and a Canadian), this is the academic equivalent of the ‘kid in the candy store’ scenario; your imagination is the major rate-limiting factor. Recognising that having a huge data repository is not particularly useful in the absence of analyses, the Canadian Institutes of Health Research recently held a CLSA Catalyst grant competition, with the specific remit to put money towards making use of this invaluable resource.  Additionally, researchers can apply to conduct their own projects; however, as with most large-scale studies involving humans, there is a vetting process for data access. Researchers are required to submit an application to access data and individuals that are not students or postdoctoral fellows are required to pay an access fee. Having just been through this process, the application seems to be more about minimising duplication within these data than anything, so it was a relatively painless procedure. Catalysing the analysis of these data is a major research priority for the CLSA and one that they have made great strides to facilitate via funding and public awareness.

Clearly there has been an immense amount of time and effort invested in taking the CLSA from a fledgling protocol to the largest Canadian study on aging; however, the real value in the study is yet to be realised. Although there are currently data available on 51,000 participants, these data are limited by their cross-sectional nature. With each subsequent wave of data collection the CLSA will become exponentially more valuable and with over 20 years of committed funding (in the first instance) the CLSA has virtually limitless potential. In a time when large-scale longitudinal studies have become more and more difficult to fund and continue (for example: the recently cancelled Life Study), the CLSA represents an ambitious and forward-thinking approach to ageing research and epidemiology. Cognisant of my (patriotic and epidemiological) biases towards the study, I believe that the CLSA will make a meaningful contribution both to the burgeoning population of ageing Canadians, but also on the global ageing research and epidemiology stage as a robust scientific platform.