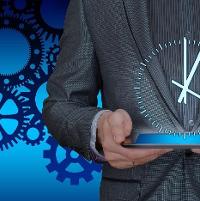 Automation Taken to Court: A Case for Rising to the Challenge Over Delay

‘Judge, a robot stole my job’ – Spain’s courts heard this year. In one case, an accounting officer named Cecilia had been working for her company in Las Palmas in Gran Canaria for 13 years, before her and her entire team were replaced by a computer system, which worked faster, without requiring time off. The court ruled that improving productivity was insufficient grounds for dismissal. While this brings temporary relief to Cecilia, ultimately judges and courts will not be able to stop workers being replaced en masse by technology. According to the Organisation for Economic Cooperation and Development (OECD), up to 50% of all jobs are at risk of disappearing or of significantly transforming due to robots and automation in Spain.

Technological advancements impact employment and wages through the displacement effect, in which tasks formerly done by workers are now completed by robots or other automation. At the same time, the positive productivity effect makes tasks easier for workers and creates new jobs. Robots, however, tend to create a stronger displacement rather than productivity effect.

Recent MIT research found that for every robot added per 1,000 workers, there is a 0.42% wage decline and a 0.2% reduction of the employment-to-population ratio in the U.S. This equates to about 400,000 jobs lost. Worldwide, implementation of robotics is expected to quadruple within the next five years.

The recently published Future of Jobs report by the World Economic Forum (WEF) shares the prediction that automation, accelerated by the Covid-19 pandemic, will displace jobs. Until 2025, the WEF expects 85 million jobs to be lost. Furthermore, the WEF projects that within the next five years, the work tasks performed by humans and machines will become equal.

While professions emerging from technology integration will grow, the WEF report cautions that, in contrast to previous years, the pace of job creation is slowing compared to the accelerating job loss. In the WEF survey, a total of 34% of employers indicated that they intend to expand their workforce due to automation, while 43% replied that their businesses expect to reduce their number of employees due to technology integration. Still, employers forecast that emerging professions will grow by 5.7% from 7.8% to 13.5%. Therefore, while the WEF expects that 85 million jobs will be lost, they too predict that 97 million new ones will be created. Thus, 12 million more new roles are projected to emerge over the ones lost with the advantage that those jobs will be better adapted to the new division of labour between humans and machines.

This leaves a very short window of only five years to retrain and prepare employees for this future of work. Even for those workers who will remain in their roles, about 40% of their core tasks are likely to change. Overall, it is expected that 50% of all employees will require some form of retraining.

Consistently, top of the list of reskilling and upskilling priorities for educators and businesses are core skills such as critical thinking, analysis and problem-solving. Newly emerging in 2020 are skills in self-management, such as flexibility, resilience and stress tolerance. Those skills will be of utmost importance to successfully navigate and cope with change. Research from New Zealand and forthcoming research from KU Leuven as well as the University of Oxford found that employees who felt threatened by automation showed higher levels of depression and cynicism, while their overall psychological well-being was suffering. In terms of organisational outcomes, results showed that occupational insecurity arising from automation was related to lower job satisfaction. The research further revealed that younger employees were particularly affected: In contrast to their older counterparts, younger workers showed lower organizational commitment and career satisfaction in addition to an increase in turnover intention when they perceived their occupations to be threatened by automation.

In order to prevent such negative consequences and enable a successful transition into the new world of work, workers themselves, businesses and the public sector need to step up to the challenge. For employees, it will be crucial to self-drive their careers and focus on their individual development. For companies, to ensure their talent pipelines and long-term success, providing their workforce with development opportunities will be key. Lastly, the public sector needs to provide strong support for reskilling and upskilling initiatives. This support can take the form of incentives for investments in the jobs of tomorrow, the provision of solid safety nets for displaced employees during their transition period and taking their education systems to the next level. Given the short window of opportunity to adapt to the changing world of work, these steps are crucial to ensure that we rise to the challenge and do not leave workers behind.

Dr Lara C. Roll is a Marie Curie Fellow at KU Leuven (Belgium) and an Extraordinary Researcher at North-West University (South Africa). She was an Academic Visitor at the Oxford Institute of Population Ageing in January - March 2019.