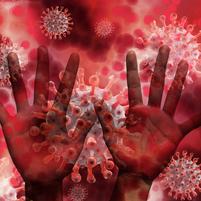 Covid is not an inter-generational conflict

As the early days of 2020 passed with most of us hoping for the first signs of spring to drive away the greyness of a long winter, infections from a mysterious virus rose shockingly. The infections turned into deaths, deaths on a grand scale. Lockdowns locked us down. And the deaths continued.

We are now all too well acquainted with the tragic story of death at the hands of Covid, of families unable to be with their loved ones at the end, of relatives unable to visit confused and frightened older residents in our care homes, of care workers – especially from BAME backgrounds - dying as they carried out their duties.

Alongside these figures we have seen a growing move to pit deaths, mainly of older adults, against economic collapse, seen to mainly impact upon younger adults. In a summer Guardian article, Polly Toynbee claimed that the future will bring “frighteningly high unemployment due to an economic shock caused by a lockdown whose overwhelming purpose was to save the lives of older people: the low death rate among younger families would never have justified such a drastic shutdown”. How high would the death rate among younger families have needed to be before a lockdown on that basis would have been justified?

This opinion piece from Toynbee had the headline “From now, policies must put young people first. Starting with the triple lock pension” and going on to state that “younger generations have accepted extraordinary constraints to protect us from coronavirus”.  Toynbee proceeds under this hypothesis to launch an assault on the triple lock on pensions which guarantees that the state pension will always increase by either 2.5%, by the rate of average national earnings growth or by the rate of inflation, whichever is higher. As Toynbee pointed out, the earnings of many have been decimated by the impact of Covid on the economy, while the state pension has increased by 2.5%. Toynbee then states that “Pensioners, as a group, are least likely to be poor, ever since Labour’s pension credit lifted a million above poverty and the Tory triple lock upped their income by 22% between 2010 and 2016”. Putting aside the evidence of the statement that of  all definable socio-economic-demographic groups, pensioners are the least likely to be poor,  even if this were true, the convenience of generalising is a dangerous one to court, particularly as Toynbee herself acknowledges later in her opinion piece that the incomes of pensioners vary hugely. Indeed let’s not forget that two million (16%) of pensioners in the UK live in poverty and numbers have started to grow in recent years. And another quote: “The healthiest – and often wealthiest – who go on working until their late 70s delay taking their state pension so it accrues mightily”. Again, mighty generalisations about the healthiest and wealthiest.

Toynbee’s colleague at The Guardian Amelia Hill had a different headline in her own piece “UK reports rise in over 50s struggling to pay for necessities” with labour market statistics revealing that claims for universal credit from the over 50s have more than doubled since March. The suggestion is that the coronavirus crisis, which on the one hand could make state pensioners flush with cash could on the other hand leave the next generation of retirees significantly poorer and sicker. Hill also mentions that there has been “an alarming increase in female insolvencies over the age of 65”.

The idea of wealthy pensioners as fair game when it comes to government spending cuts continues. Larry Elliot, Economics Editor of The Guardian, reports today, October 21st, on plans tabled by the Centre for Policy Studies, (a right-of-centre think-tank with close links to Downing Street), with one of its recommendations to spare the UK from post-Covid tax increases being to scrap the pensions triple lock and replace it with a double lock, in which pensions would rise each year by whichever was the higher of earnings or inflation.

We have also witnessed the Great Barrington Declaration with its calling for governments to adopt a policy of ‘focused protection’. Those most at risk should be offered protection, those not at risk, under 65 without an underlying health condition, should be encouraged to return to normal. In this way, the majority will get infected and then recover, gradually building up herd immunity, and that in turn will mean the older and vulnerable people will eventually be able to return to normality as well. While severely questioned by many scientists due to the lack of evidence of herd immunity as a solution to tackling Covid, this idea still bubbles along, again pitting health against economy, young against old.

The clearer picture to emerge questions this.  We know that older people are equally affected by unemployment with some estimates suggesting that of every 4 people over 50 losing a job through the pandemic only one will ever work again, and in terms of health, we are now learning about long haul Covid. It is becoming increasingly apparent that many patients who recovered from the acute phase of the infection have persistent symptoms. This includes mental fatigue or clouding, sleep disturbances, exercise intolerance and so-called autonomic symptoms such as dizziness and fainting. Some also complain of persistent low grade fever. Indeed, many are suggesting that chronic fatigue syndrome (CFS) may well be prevalent among this group. It seems also that while young people may escape the mortality of the disease, they appear to be susceptible to “long-Covid”.

The Covid Symptom Study led by Professor Tim Spector at King’s College, London, suggests that around 300,000 people in the UK have reported long-Covid, many of them young. The Health and Social Care Secretary Matt Hancock admits that "the findings of the Covid Symptom Study are stark and this should be a sharp reminder to the public, including to young people, that Covid-19 is indiscriminate and can have long term and potentially devastating effects." Thus, while it is important to be concerned about excess deaths, most of which affest older adults, it is also important to be aware of those who will be affected by long-haul Covid. Indeed, the Royal College of GPs is calling for a national network of "post-Covid" clinics to tackle this phenomenon.

While we have seen a significant wave of older lives lost, we also face the prospect of a similar wave of younger lives devastated by the post-Covid impact of the virus, with this impact affecting the rest of their lives, reducing their quality of life and their healthy life expectancy, which may in turn impact upon our health and social care services for many years.

We are clearly all in this together, so let’s not succumb then to the notion that only older adults get this virus and die, nor that pensioners are those best to take a financial hit. Covid is not an inter-generational conflict.