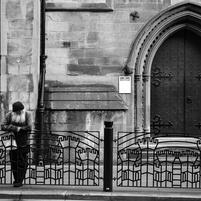 Homelessness in the older population

Homelessness in the UK is on the rise, with the number of people without access to stable housing increasing at an alarming rate over the past 10 years. Loss of rented accommodation and rearrangements in the housing market are cited as leading causes of housing instability, resulting in a nearly threefold increase in rough sleeping in England since 2010. The increasing prevalence  of homelessness among older adults reflects many of the circumstances underlying the housing struggles experienced by younger age groups, yet the 40+ demographic presents with unique circumstances, barriers, and service needs.

While changes in the housing market certainly contribute to the increase in homelessness, housing alone is not the only factor.  Nor, so it has been argued, are ‘individualistic’ explanations which highlight the high prevalence of mental health and substance abuse problems among people who sleep rough. A recent study (2017) which looked at the association between homelessness and poverty, especially child poverty, in a number of UK datasets confirmed the view that the risk of homelessness is highest among people who have experienced multiple forms of deprivation, including lack of social support. What applies to the general population applies to the 40+ plus population also, something which is well illustrated by results from the 1970 British Cohort Study

Experiences of homelessness within ageing populations are mounting, not only in terms of sheer numbers, but also as a proportion of the homeless demographic. In England the proportion of so-called ‘accepted applicants’ - a term which refers to households (not individuals) deemed to be unintentionally homeless and therefore owed a duty of support by local authorities - where the main applicant is in the 45-59 age group has increased markedly over the past 10 years. In 2005/6, persons aged 45-59 accounted for 9% of accepted applicants. In 2016/17, that same age group accounted for 16% — a 78% increase in 11 years.  The total number of accepted applications decreased in this period to 59,090 in 2016/2017. The growth in the relative size of the 45-59 age group among the accepted applications results from an increase in the number of applications from people in this age group and an even larger decrease in those of younger age groups.

The Department of Housing, Communities & Local Government grants ‘priority need’ for accommodation to certain categories of accepted applicants, including those in older age groups. Although it could be argued that this priority status is helpful for older homeless people, the increase in older applicants is of concern because the complexity of the housing system imposes an added vulnerability.  Research on the accessibility of social services has found that older claimants of housing services and support (USA, UK and Australia) report difficulties that hinder their ability to maintain such services, including missing mailed letters and not being able to make required appointments. Older individuals with a growing burden of health problems may not be adequately equipped to comply with the requirements of seeking, acquiring, and maintaining housing benefits.

Forces of social exclusion have the potential to compound as individuals move into later life, and for many homeless older people it seems unlikely that their problems can be resolved through housing services alone. People who are multiply disadvantaged require coordinated care. With homelessness increasing in the UK, we are faced with certain questions: How do aged people with multiple vulnerabilities and access to housing benefits become and remain homeless? To what extent does the system serve its beneficiaries in the way it meant to do? Are there segments of the older population whose needs are being met, and what can we learn from those situations to do better?  Although these issues have been well researched in the general homeless population, the fact that an increasing number of older people are experiencing homelessness is strong argument for further study with specific attention to the dimension of ageing.

Drew Hockman was an IARU intern at the Oxford Institute of Population Ageing May - June 2019. He is a dual master student in social welfare and public health at the University of California, Berkeley.