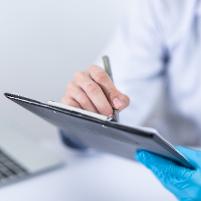 ICD-11 and an argument about "old age"

The translation of WHO’s latest revision of the International  Classification of Diseases (ICD-11) into Portuguese, published with a declaration that it will be adopted in Brazil from the beginning of 2022, has caused uproar among the country’s specialists and academics in the field of gerontology.  The bone of contention is the inclusion of "old age" as a possible diagnosis within the classification. Not only have there been public debates on the matter, but now there is a public campaign movement to try and have the code (MG2A) removed altogether.

ICD-11 replaces ICD-10, and there are two changes of interest between the two revisions. The first is a change in nomenclature.  Where ICD-10 had a code for “age-related physical disability” (aka “senile debility”), ICD-11 has a code for “old age”.  The obvious change here is a shift from an age-related syndrome to what might be read as a measure of chronological age.  In both ICD-10 and ICD-11, age-related physical disability/old age are classified as ‘general symptoms’ – conditions that it might be hard to tie to one disease.  Other examples of general symptoms include lethargy or general physical deterioration.  It’s worth noting here that the full title of ICD-11 is the International Statistical Classification of Diseases and Related Health Problems.  So is old age a ‘health problem’?   The nomenclature is unfortunate, especially if we take it to imply that everyone over 60 or 65 suffers from this health problem.

The second change is the implementation of a so-called extension code for ‘diseases related to ageing’ - defined as those “caused by pathological processes which persistently lead to the loss of organism's adaptation and progress in older ages”.   Since ICD codes are needed for the registration of all new drugs and therapies, the new code has been seen as an important move for encouraging potential investment in the development of pharmacological interventions targeting the biological processes of ageing that seem to underlie many age-related diseases.  So does this mean that ageing has now been given formal recognition as a disease?  No.  According to a 2018 editorial in the Lancet, we should understand it as signalling an “acknowledgment by WHO of ageing as a major disease risk factor [my italics] and of the considerable public health problem posed by ageing-related diseases”.

In Brazil it’s the first of these changes – the inclusion of “old age” in the ICD - that has attracted criticism, spearheaded mainly by the International Longevity Center (ILC Brazil). In mid-June, as part of this pushback, the hashtag “#velhicenãoédoença” (in English “old age is not a disease”) was launched. Very quickly the Brazilian Society of Geriatrics and Gerontology (SBGG) joined in with the criticism, as did researchers from several higher education institutions, as well as many newspapers and public commentators.

Whatever the new extension code means for the licensing of “anti-ageing” technologies, the change in nomenclature (from age-related physical disability to old age) has certainly stirred up strong opposition. The ageing portal, in a blog signed by Beltrina Côrte, asks whether old age is a disease, and criticizes the inclusion of the new code in the ICD-11 mainly on the grounds that it could encourage ageism. The author wonders who is interested in classifying old age as a disease (i.e. who benefits?), and makes the point that although disease may be part of the narratives that are constructed in the journey of ageing, it is not the only destination in these journeys.

In an article for Folha de São Paulo, Alexandre Kalache (gerontologist, president of ILC Brazil) and Carlos André Uehara (president of SBGG) take a firm stand against the inclusion of old age in the ICD-11. The problem as they see it is the potential use of the code in death certification[1], and the consequences this might have for distorting statistics of cause of death at a national and international level. The authors argue that dying of “old age” is very different from dying from the many potentially fatal diseases associated with ageing (75% of all deaths in Brazil are deaths due to chronic diseases after the age of 60 years). By adopting the “old age” code, we run the risk of obscuring the epidemiological impact of these chronic diseases and undermining the case for public policy initiatives directed towards improved prevention.  In other words, the change in nomenclature might end up distorting health policy priorities. Suppose we were faced with “a true epidemic of 'old age” diagnoses, what kinds of public policies would be proposed and implemented as a way of dealing with it? By way of conclusion, Kalache and Uehara say that they do not die of “old age”, but in old age.

On June 15th the Thematic Committee on the Rights of Older Adults of the National Association of Public Defenders (a major lawyers’ organization) added their voice to the criticism in a public note which outlined its concerns about the inclusion of “old age” in the ICD-11. The committee argues that the inclusion should be seen as a veiled form of aggression; it stigmatizes ageing and gives a kind of official credibility to age-based discrimination. The note cites the Federal Constitution of 1988, the Older Adults Statute of Brazil, and international regulations on the rights of older adults adopted by the UN, and emphasizes the importance of moving away from any association of old age with a picture of illness or disability. Old age, they say, should be understood as a natural stage of human development, with its own specific characteristics and needs, just like other stages of life.

Whether this campaign will have any impact on the implementation of the ICD-11 in Brazil remains to be seen. We are watching an opposition movement being built in which older adults, geriatricians, gerontologists, and interdisciplinary specialists have come together with a shared sense of the importance of addressing ageism in the country. However it plays out, it is certainly interesting to see how a concerted challenge against a negative view of ageing has coalesced around one particular symbol – an ICD code.