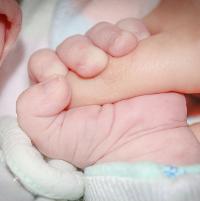 The latest U.S. Census was concluded in 2020 and the first results were released on April 26, 2021. The U.S. is required by the constitution to have a decennial census of population and housing. The first census was conducted in 1790, right after George Washington became the first president of the United States of America. Census 2020 was the 24th census in the U.S. history. It was also the first U.S. census that had the option for the respondents to complete the census survey online. The U.S. Census Bureau provides the following short description of the uses of the census:

“The census tells us who we are and where we are going as a nation, and helps our communities determine where to build everything from schools to supermarkets, and from homes to hospitals. It helps the government decide how to distribute funds and assistance to states and localities. It is also used to draw the lines of legislative districts and reapportion the seats each State holds in Congress.”

With this background on the U.S. Census, I would like to bring readers’ attention to falling population growth and fertility in the U.S. and elsewhere. While the new decennial census counts show 7.4% increase in the U.S. population from 2010 to 2020, this was the second lowest increase since the 1930s. The main reason for this decrease in population growth is declining fertility in the U.S. Those who follow demographic trends know that this is nothing new. Countries around the world have already been experiencing declines in birth rates in recent decades and, subsequently, their populations are aging faster than before. The new interest in fertility and population growth is mainly due to the COVID-19 pandemic. At the beginning of the pandemic, many thought that lockdowns, by keeping people (young couples in particular) at home for an extended period, would lead to a baby boom. Government support measures such as economic stimulus payments in the U.S. were also expected to help by providing a financial incentive. Instead, we have seen a significant decline in birth rates. According to data from the National Center for Health Statistics, the number of births in the U.S. decreased by 4% in 2020. There is even a higher drop of 8% from December 2019 to December 2020. It looks like other countries have experienced similar declines in fertility during the pandemic as well. The discussion seems to have shifted from a lockdown baby boom to a pandemic baby bust.

A recent article published in Demographic Research, presents results from an international survey that included respondents from France, Germany, Italy and Spain. Results show an overall negative impact of the pandemic on fertility plans. While most of the respondents indicated postponing their fertility decisions, a considerable number of respondents also indicated abandoning their decision with the highest proportion in Italy (36.5%). There are also reports of more than 20% decline in birth rates in Italy and Spain. We may indeed be looking at the largest decrease in the number of births in more than a century. At the same time, this should not be as shocking or worrisome as some think. After all, we have seen decreases in fertility after economic shocks and natural disasters before. Another recent article published in Frontiers in Public Health show that birth rates bounced back after dropping initially following the SARS, Zika and Ebola epidemics. A well-known article published in Demography showed a significant increase in fertility following the Oklahoma City bombing in 1995. On the other hand, we haven’t experienced a global pandemic like this with severe health and economic shocks for a very long time. We don’t even know yet when the pandemic will be over.

Lockdown in the early part of the pandemic kept people inside but it didn’t remove uncertainty, health risks and financial challenges from people’s lives. It is very understandable that people decided to postpone many important life decisions including their decision to have babies. It will be interesting to see the long-term impact of the pandemic on fertility and the subsequent impacts on the economy and fiscal systems through the labor market, pension and healthcare systems.