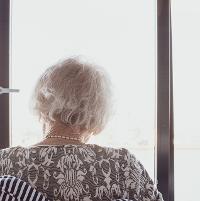 In academic, policy, and practice communities across the world, discussions of population aging are increasingly focusing on the need to integrate health and social care needs of older persons.  Why the sudden interest in service integration?  The first reason is that current health care systems around the world do not have the economic or human capacity to handle the expanding health needs of the increasing numbers of older persons in the world.  The second reason is that health and social needs are synergistic and efforts to alleviate increasing health needs is to simultaneously meet health and social care needs.  Past research has shown that much of the avoidable emergency room visits, hospitalisation, and institutionalization of older persons is attributable to unmet social needs.  Allowing people to successfully age in place promotes improved quality of life and reduces mortality.  Integration of health and social care needs has always been important — but now it has become front and center in the conversation about successful ageing.

How did we get here?

The underlying phenomenon driving the sense of urgency is the demographic transition.  In Singapore, when I give talks regarding the issue of integrating health and social care needs to support the quality of population ageing, people respond with immediate recognition.  But this isn’t limited to developed countries.  In talks I’ve given around the world, from Tonga, Indonesia, Malaysia, China, the United Kingdom, the European Union, and the United States, people respond similarly.  The reason why these talks “work” and are understood in each of these different countries is because each of these countries are ageing rapidly, albeit at different rates of acceleration.

Those of you of a certain age (and that includes myself) remember when Singapore was in the first stage of the demographic transition (1940-1960s) where both fertility and mortality were high. Population growth came mainly from births and migration and there were no particular population policies in place.  At the time and there was one acute care tertiary institution, the Singapore General Hospital for anything other than basic service needs. The dominant causes of death were infectious diseases — cholera, malaria, typhoid, dengue fever and high rates of death in childhood and with childbearing.  Average life expectancy was 50 years.   Yet in anticipation of over population, the Singapore government instituted a “Stop at Two” policy in the late 1960’s.  At that time, the total fertility rate (TFR) was 4.62.  By 1975 Singapore had reached replacement TFR of 2.1 and the TFR has continued to decline ever since to one of the lowest fertility rates in the world, 1.1.

In the 1970s and 1980s Singapore entered Phase 2 of the demographic transition. In Phase 2, mortality rates dropped as a result of better management of infectious diseases, better sanitation, and the development of a better health care system that included the development of more tertiary care institutions.  The government supported programs to transition providers from the dominant general practitioner (GP) of the “kampung” (village days) — as I remember my father who was a GP in Sarawak — to a growing cadre of Western-educated doctors to provide specialty and acute tertiary care medicine.  Specialty centres were built for cardiovascular disease, cancer, eye diseases, skin disorders, as well as infectious diseases. But with economic development came changes in jobs, lifestyle, and nutrition which increased the need for more advanced health services.

While specialty and hospital services were being expanded and improved, the nature of general practice was changing.  The GP who once knew families and treated multiple generations within families was being squeezed out by a population more willing to shop for services, and the perception that the best care could only be provided by a specialist at a tertiary care institution.  Though the underlying dynamic of care fragmentation is a bit more complex, the result has been a focus on medicalizing health related needs.  Individual’s needs are represented by the needs of their specific body part.  Fragmentation reaches its extreme for a person (typically an older person) who has multiple health problems affecting multiple organs requiring several specialists and these specialists often (perhaps typically) don’t communicate with each other.  Not only has there been little integration between providers, with few exceptions there was little integration between the health care system and community care.

While the health system was becoming fragmented, with Phase 3 of Singapore’s demographic transition, so to were families.  In 1990s-2000s, fertility was below 1.5 while longevity continued to increase.  Smaller families, increased female labour force participation, increasing divorce and rates of non-marriage created a social care environment that was much weaker and less likely to have an person accountable for family care needs compared to pre-industrialised Singapore.  Reliance on foreign domestic workers (FDWs) increased, particularly women from the Philippines and Indonesia, and care for children and an ever increasing proportion of care for older persons was relegated to FDWs. Again, the government was continuing to invest heavily in tertiary care specialised medical education (as opposed to GP education) and acute health care infrastructure in an attempt to solve the health challenges associated with economic development such as increased cardiovascular, cancer, neurological, psychiatric, eye disease, kidney disease, and complicated diabetes.

Singapore is now in the Phase 4 of the demographic transition.  By 2030, 23.8% of the population will be aged 65 years or older at which point Singapore will join Japan and Italy as a super-aged society.  Singapore has one of the best health care systems in the world and the highest average life expectancies in the world; 84 for men and 87 years for women.   However the rapid pace of population ageing is stressing the health and social care services available.

With healthcare fragmentation, this increase in life expectancy has resulted in our tertiary care institutions operating at full capacity.  Two thirds of the reasons for re-admissions or long stayers are social; lack of caregivers, families who feel that cannot cope, lack of community care health facilities who can manage older adults with chronic diseases.

Among older persons more broadly, our research in Singapore has shown that greater life expectancy has come with an expansion of morbidity (more years lived with disability) as opposed to a compression of morbidity (Chan et al. 2016).  A significant aspect of quality of life is loneliness.  A recent piece I wrote reported over half of older persons aged 60 years and older were sometimes or mostly lonely (Chan et al. 2015).  Being mostly lonely decreases your life expectancy by approximately 3 years and you healthy life expectancy by 4.8 years (Malhotra et al. 2021).  Older Singaporeans rank lower than other countries in terms of resilience and personal mastery.  We are among the Asian countries with the highest suicide rates among older persons (Suh GH et al. 2017)

In 2015 Singapore set out its Action Plan for Successful Ageing.  Then Chair for the Ministerial Committee on Ageing, Gan Kim Yong, said “We want Singapore to be the best place for Singaporeans to grow old in, a model for successful ageing”.  To do this we must pivot aggressively.  In 2015 Singapore invested $3billion into programmes for older persons that facilitate the integration of health and social care, productivity, social engagement.  We are changing our social care day centres to Eldercare centres which provide both primary care health services and social care services.  The MOH is in the process of encouraging more medical students to become GPS as opposed to specialists.  The MOH is also investing more into the primary care system to manage NCDs. A month ago, the government announced that every citizen would be assigned a GP who would manage their health care over their life course and refer them to social care as and when needed.

I think this shift to strengthening primary care as a nexus of care integration is a necessary change.  Perhaps we are, in some ways, coming full circle back to the days when my father was a GP and as the family’s doctor knew grandma from both a medical and social perspective.  When grandma gets confused from lack of human contact after death of her husband, the first step won’t be to send her to a nursing home.  It would be to sit down with the children to understand the context of her deterioration, to consider opportunities for social connection, as well as to consider the possibility of treatable causes of cognitive impairment.

Of course, integration goes beyond increasing access to primary care.  We need strengthen our capacity to identify health and social needs, and to build up coordinated community-care services to allow our older persons to age in place with grace and dignity.

Prof Angelique Chan is the Inaugural Executive Director of the Centre for Ageing Research & Education (CARE), and is tenured Associate Professor in the Department of Sociology, National University of Singapore (NUS), with a joint appointment in the Signature Programme in Health Services & Systems Research, Duke-NUS Medical School, Singapore.