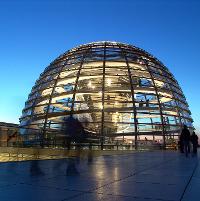 When the pandemic hit Germany in 2020, normal public life ground to a halt. The situation, as Merkel told the German people on 18th March, ‘was serious, and should be taken seriously’. The declared goal of the lockdowns – as elsewhere - was not only to protect lives but also to minimise the adverse effects on the economy, and social life more generally.  Money was made available for hundreds of measures in different sectors of the economy: the health system, the car industry, the airline industry, and so on.  And unsurprisingly perhaps, public money was available to pay for scheduled increases in social welfare payments - including pensions.

One major sector, however, that did not benefit from all this new money was education. Even now in summer 2021 - with schools starting the new year - funds for installing or upgrading ventilation or air filtration systems are available in only a fraction of German schools. The German education system, thanks to the provision of free university education, is not vulnerable to the kind of angry criticism which has been directed at tuition fees in the UK.  Here though we have our own issues. The very limited measures to support young students and job starters in the pandemic (compared to the very generous Kurzarbeit- the furlough programmes similar to those operating in the UK) have been fastened on not only by student unions, but also by some commentators in the mainstream media, as a sign of which way the generational winds blow.

The columnist Sascha Lobo, known for his acute capability of identifying societal trends, is one prominent example of this, prominent because he writes in Der Spiegel. Lobo uses the label ‘Rentokratie’ (rule by pensioners) to characterise the ways things work in German politics, and he sees the handling of pandemic as the icing on the ‘rentocratic’ cake.  The perception that the government’s response has not been generationally even-handed, taken together with some of the consequences of the pandemic, has exacerbated a sense of growing generational divide over key domestic policy issues, particularly action on climate change (not enough) and the cost of pensions (too much).  He argues that the pandemic has laid bare in a rather merciless fashion how little young people count in German politics.  To illustrate the attitudes of the older electorate, he draws attention to the sheer volume of derogatory complaints voiced by older people about the selfish behaviour of young people continuing ‘to party’ as evidence of the divide – older people see younger people as a threat. And as for the weight given to the interests of younger people by policy-makers, he cites their failure to prioritise ‘safe schooling’ for the young (for which home schooling is an inadequate substitute).

In a similar vein, his colleague Claus Hecking has highlighted (also in Der Spiegel) the reluctance of large numbers of older people to accept the AstroZeneca vaccine (even after it had been shown to be safe for people aged 40+) insisting instead on the Pfizer-Biontech vaccine – which had the effect of delaying the implementation of the vaccine programme for younger people. And yet another Spiegel columnist Christian Stoecker, a new technologies academic, argued in May that “in the last 14 months the interests of children and youth were first of all set aside, then ignored and finally trodden under foot”.

Stoecker, like Lobo, links the handling of the pandemic with what he sees as the government’s all-too-sluggish response to climate change.  For both of them, they are symptoms of the same underlying problem – Rentokratie.  By tilting political priorities in favour of the interests of the older generation, existing political coalitions are working against a politics that is willing and capable of acting so as to secure everyone’s future.  Stoecker even goes so far as to say – and this view was shared by the British press a few years ago – that young people are not angry enough about the way their interests seem to count for so little with current governments.

What makes these observations and comments significant is the contrast they offer to the established German social consensus on the nature of the generational contract   Generationenvertrag). This Generationenvertrag mandates mutual respect and care across the generations and is generally regarded as an important public good in German society. What Lobo and Stoecker are arguing is that the electorate are deluded if they think that the Generationenvertrag is ‘in good order’.  It certainly looks as though a large proportion of younger people think that current policies are put the interests of the older generation first. The fact that so many younger people feel that their interests are being ignored in the political process points to a problem with the generational contract. This observation, moreover, is not crazy or outlandish or confined to younger people (say under 25 yrs).  Indeed, it is shared increasingly by parents in their 30s, 40s and early 50s, who are having to deal with the problems that Covid has created for their children.

Germany goes to the polls in September, and it seems very unlikely that the arguments will turn simply on questions of left vs. right. Questions about the Rentokratie – and the fairness of that characterisation – look unavoidable for the coming electoral period. There is bound to be some kind of a debate about a realignment of political priorities that gives proper weight to the interests of younger people.  How central it will be to the election outcome is another matter. For myself I think that such a public debate is necessary to restore the legitimacy of the Generationenvertrag as part and parcel of the German political and societal consensus. The German public (and electorate) needs to ask itself if current policies are getting it right when it comes to a fair balancing of generational interests.  The ideal of generational solidarity that underlies the Generationenvertrag requires that it should have a clear and acknowledged value for both old and young.

Christian Langkamp is a Visiting Academic at the Oxford Institute of Population Ageing, researching friendship maintenance habits in midlife and third age. A preliminary version of his book ‘Practical Friendship’ is published online at www.practicalfriendship.com and can be downloaded for free.