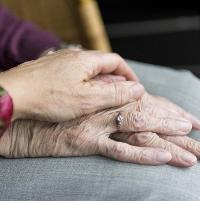 Reimagining the relational value of death

Medical technology is one of the main drivers that is significantly changing the way we live towards the end of our lives and the way we die. In its recent report on the value of death, the Lancet Commission signals this state of flux. Since my research is focussing on exploring contemporary meanings of death and dying in late life, I read the report with great interest. In this blog, I reflect on the report’s main message: what is the Commission actually advocating? And: what challenges may we encounter if we want to apply their plea to today's end-of-life practice of making advance directives?

The Commission argues that throughout decades of enormous medical-technological developments aiming to control (and push back) ageing and dying, the dominance of healthcare systems has prevailed over our attention towards the dying people and their close ones. Without trivializing the need for interventions or treatments, the commissioners convincingly argue that the primary focus of end-of-life care should change. They do not settle for anything less than a ‘realistic utopia’ –a term borrowed from Rawls’ philosophical work– explicated in five propositions:

One of the main calls is thus that we – both as a society and as individuals – need to rethink the meaning of death and dying. Rather than a transactional process, we should conceive (care for the) dying as a relational process. Indeed, death and dying – as well as accompanying experiences of grief and suffering – should be brought back into the centre of our lives. Whilst fully endorsing the worth of this ideal, I would argue that this is easier said than done. Obviously, it requires a huge culture shift. The fact that end-of-life care and other forms of care are increasingly understood as a transactional enterprise can not only be ascribed to medical technological developments. It is also related to the enormous value that most citizens of Western societies assign to individual autonomy and freedom of choice.

Let’s consider the practice of making advance directives. In the medical context, the growing emphasis on choice and autonomy has led to practices such as living wills or advance directives. Research has shown that patients (as well as their close ones and the health professionals involved) do benefit from such practices. Making an advance directive can be considered (at least partially) as an emancipatory response to medical power. The aim is to promote the quality of end-of-life care, increasingly prioritize a patient’s autonomy, and plan for a good death. It is supposed to stimulate conversations about end-of-life preferences between doctors and (older) patients. In practice, though, such conversations may tend to accentuate outcome-oriented ‘choice-talk’. Hence, such accentuation of autonomous choice foregrounds the transactional aspects of end-of- life care, rather than on the relational ones. Moreover, I believe that the discourse of autonomous choice may hinder the application of the aforementioned ‘realistic utopia’.

Of course, it is by no means my intention to question the positive sides of choice in general, neither to downplay the importance of respecting patient autonomy. But if we indeed want to bring back death and dying – as well as accompanying experiences of grief and suffering – into the centre of our lives, we need to consider the potential risk entailed in the current developments that tend to overestimate the discourse choice and autonomy.

Making advance directives comes with all kinds of complex and contradictory feelings. An overestimation of choice, however, does not allow for the intricacies of this complex process of living towards the end-of-life. Unintendedly, it may trivialize uncertainty, fear, grief and suffering as lived experience. Indeed, the suffering-experience may be reduced and regulated as a problem to be addressed (or even solved) by making the right choices. It may leave us empty-handed in acknowledging the often multi-layered, grievous experience, and potentially lead to poor care.

Conversely, by making room for people to narrate their struggles and doubts, they may be able to come to terms (to a certain extent) with illness, grief or suffering. Such may allow for strengthening the bonds of solidarity and connection. That is, good and humanizing care for the dying is defined by empathic imagination, witnessing, and solidarity with the dying. It requires to be present, to face the suffering and the tragedy together, thereby showing that the person, and the situation he or she is in, really matters.

Emphasizing care over choice may sound paternalizing to some people; as a matter of compromising a person’s individual autonomy. If, however, autonomy is interpreted in a relational way, as a socially constituted capacity that is developed, sustained, and exercised in interaction with other people, then care and autonomy are not mutually exclusive at all. Rather, embedded in a caring context, I would argue, there is an enlarged chance that making an advanced directive is experienced as a meaningful, relational enterprise for all those involved. Moreover, in such a context, we may be able to reimaging the value of death and dying as a relational and spiritual process based on connection and compassion.