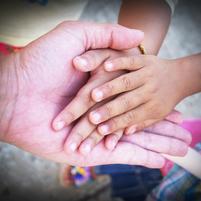 The Pandemic as grounds for Intergenerational Solidarity

The various global losses the Covid-19 Pandemic has brought in the last couple of years are numerous, reaching 5.96 million deaths worldwide. In Brazil, the effects of the Pandemic were severe, with high numbers of cases (currently 28.8 million cases) and over 650 thousand deaths in the country. The situation reverberated in different ways in daily life. Intergenerational tensions were seen not only in social media with ageist discourses. Within the family environment, the conditions led members to join each other in one multigenerational household, which caused something like a “hyper-coexistence” also subject to tensions. Others still suffered from loneliness due to prolonged social isolation. The existing inequality in the country worsened and became more apparent. In Brazil, the famous saying was: “We are all in the same storm, but not in the same boat.” However, even amid an adverse scenario of social distancing, young and old found themselves united by the common goal of resisting and overcoming the crisis, opening the way for intergenerational solidarity.

Possibly the simplest way to explain intergenerational solidarity is as “a social cohesion between generations,” as defined by Bengston, which can be observed both at the macro-level – society and groups, as well as at the micro-level, which includes families and individuals. It appears that we witnessed not only waves of the virus but also of solidarity on various levels in Brazil and probably in the whole world. The primary motivation of solidarity initiatives is related to recognizing the pain of the other, as Cris Fernandez Andrada explained: “Human beings are collective beings who identify with the same condition in the face of acute crises that threaten our existence.”

At a macro level, we can mention that in the face of high unemployment rates, the fight against hunger has become one of the main tasks of Brazilian popular movements. Forces united from several campaigns, such as the Landless Rural Workers Movement (MST), the Popular Youth Uprising, the Movement of Workers for Rights (MTD), and the Network of Popular Doctors. They were responsible for the donation of food, lunch boxes, essential need items, in addition to prevention and awareness actions since the arrival of Covid-19 across the country.

Another initiative for all generations was online and free psychological care through various platforms. The Catholic University of Pernambuco also offered this service, which has continued as a "Psychological duty,” available throughout the week without a prior appointment. In addition, other websites formed a network of psychologists, such as “A chave da questão” (The key to the question), to offer 30-minute Therapy sessions, performed by video call, for free.

Several Mobile Applications connected the needs of risk groups with volunteers for services such as going to the local market, pharmacy, banks, or other activities that demanded leaving home, such as "Stay at home-App.” There were also numerous reports about intergenerational solidarity towards older adults in isolation in all parts of the country who received support from younger people. In buildings and condominiums, they would leave messages on the doors of the older adults' homes or in the elevator offering support, whether just for a phone conversation or to do something outside the house to protect them. Older adults were also involved in solidarity actions. According to reports from the Social Services Maturity Program in many states, they engaged in well-being and solidarity actions. One of the great highlights was producing thousands of protective masks to be donated while there was a shortage of these supplies.

At the micro-level, within Families, intergenerational solidarity was also experienced, despite sanitary and social restrictions. The care exercised sometimes changed its format, nevertheless remained present and emphasized the human need for affection and connection. Psychologists even pointed out that the Pandemic became a possibility to strengthen family ties. As psychoanalyst Christian Dunker said: we had the opportunity to live a recovery project of what is common to humanity, leaving aside our differences.

Many of these solidarity actions managed to keep going, not giving up with the hopeful news of an end to the Pandemic. Unfortunately, other activities gradually dissipated. Given the various challenges that the world has been going through in recent years with the Covid-19 Pandemic and the current beginning of the conflict in Ukraine, we can certainly echo the words of the Israeli historian Yuval Noah Harari. He said that compassion and solidarity would be fundamental for the future of society. His words gain even more strength in our current situation. Observing that solidarity can flourish amid adverse conditions can bring us hope for the future.