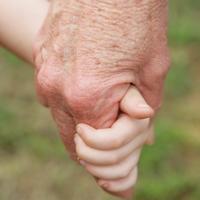 The measures taken in Germany to respond to the SARS-CoV-2 pandemic have imposed restrictions and burdens on people in all age groups: Schools were closed and working age adults were required to work from home. Adults with young children had to combine home office work with home-schooling, perhaps in addition to the care of preschool age children. The brake on economic activity meant that many people went into financial difficulties, either keeping their jobs but with reduced wages or being made redundant. Restrictions were imposed on freedom of worship as well as on the right to public protest and on travel. It was no longer possible to attend concerts or visit restaurants; club activities and sports training stopped. Regarding the restrictions on social contacts, older people living alone or in retirement homes were hit especially hard by the complete ban on visits from family and friends. And it was probably especially young people affected by the lack of opportunities to meet other people of the same age and to learn and to develop by being exposed to different influences. However, the restrictions and closures of public venues affected and forced some degree of social isolation on everyone and despite the relaxation of some restrictions, things have not yet returned to normal. All that remains a cause of distress and perhaps longer term psychological problems.

But the situation might look very different had these measures not been taken. After all, the pandemic seems to be under control (so far) and the health system has not collapsed (yet). And, at least in some regards, the measures were less restrictive than in other European countries (e.g. no nationwide lockdown, several exceptions in case of a regional lockdown). However, it seems legitimate to ask whether they were necessary and proportionate, particularly, whether they were sufficiently “age-sensitive”.

It is exactly this question which is at the heart of two complaints recently brought before the German constitutional court. Both complaints were lodged in the course of the first liberalizations after the shutdown period and they were made by petitioners from different age groups with strikingly different age-based claims. The young petitioner argued that the measures taken in Germany were disproportionate regarding people below the age of 60 years. In his opinion, they should have benefited from a faster and more far-reaching process of liberalization since they had a low(er) risk of severe illness and shouldn’t be obliged to protect themselves. The older petitioner, belonging to a so-called “risk group”, made the contrary argument, claiming that the liberalization measures had gone too far and were violating his right to life and health as someone with a high risk of severe illness.

The nature and seriousness of the health threat the SARS-CoV-2-virus poses for younger people and particularly children are not quite clear yet – despite the fact that the question has been widely examined and discussed. What evidence there is suggests that, although there might be a risk of severe disease among younger people, such cases are extremely rare, and there is some uncertainty about causality. The pure death rate (death considered as strongest endpoint for severity of disease) clearly reveals a much higher risk for older persons:

7,848 of all 9,183 COVID-19-related deaths so far reported in Germany (=85%) were in people aged 70 years or older, while only 17% of all registered infections were in this age group. The median age of persons with a fatal outcome was 82 years. So far, only three deaths among COVID-19 cases who were less than 20 years of age have been reported to the Robert Koch Institute, all suffering from pre-existing medical conditions, thus belonging to a pre-defined risk group. However, this is not to say that young people are not susceptible to infection: Among the notified cases, 3,0% were children under 10 years of age, 5,5% children and teenagers aged 10 to 19 years, 45% persons aged 20 to 49 years, 29% aged 50 to 69 years, 15% persons aged 70 to 89 years and 2,6% aged 90 years and older.

But apart from this question of different risks for different age groups, the young claimant is right in pointing out that individuals can’t be obliged to stay at home just for their good (“stay at home” as a synonym for all the restrictions set out above). However, the main argument for the restrictions has always been the limitation of the spread of disease so as to reduce the risk for everyone and to prevent the health system from being overwhelmed: I am not required to stay at home to reduce my risk of severe illness, but to reduce the risk of infection in the community as a whole (which includes people more vulnerable than me) and to prevent “congestion” in hospitals. And that is exactly what was pointed out by the constitutional court.

However, even if it seems an effective way of protecting older people, is it also necessary to oblige younger people to stay at home? Is it proportionate? Are there equally effective but less restrictive ways of achieving the same end? Maybe. For example, the enforced isolation of older people and people at risk (which would have to include the nursing staff in care homes). The view of the constitutional court was that measures aimed at the complete isolation of old people would require a disproportionate curtailment of their rights and freedoms. Hence, the court said that the legislator is allowed to impose restrictions on individuals at relatively low risk in order to protect the health and life of peoples at higher risk while enabling them to participate in social activities to a certain extent. This might be understood as intergenerational justice or as “solidarity between generations” as Art. 3 para 3 TEU puts it.

But what if certain age groups are less likely to spread the virus? Wouldn’t it seem unnecessary (and not even useful) to force children for example to stay at home if they were less infectious? Both these questions have been much debated, and a lot of effort is being put into gathering evidence on age-specific transmission. Research on this matter is still ongoing, and some of the study results, published and distributed rapidly (often before peer review) are still under debate. On current evidence, we are not really in a position to make firm conclusions regarding the (lower) transmission risk of the younger population.

To date, whatever measures have been taken to address the SARS-CoV-2 pandemic have had to be based on projections, as indeed they still are. The need for them in current decision-making as well as the legislator’s margin of discretion regarding restrictions and liberalizations have both been underlined by the constitutional court. And they are the basis for its approval of the liberalizations despite its affirmation of the state’s duty to protect life and health.

“Revenues and expenditures shall in principle be balanced without revenue from credits. This principle shall be satisfied when revenue obtained by the borrowing of funds does not exceed 0.35 per cent in relation to the nominal gross domestic product. […] In cases of natural catastrophes or unusual emergency situations beyond governmental control and substantially harmful to the state’s financial capacity, these credit limits may be exceeded on the basis of a decision taken by a majority of the Members of the Bundestag.”

High public debt as generated here generally imposes a burden on the younger generation. But in this case, the ones who carry the burden later on will in most cases be the ones who are benefiting from state aid right now, which – according to the golden rule of fiscal policy – seems to be fair. However, the state aid is only needed because of the shutdown. If this shutdown is not considered an age-sensitive measure, but a measure first and foremost for the benefit of older people it is still the younger who pay the price.

To conclude: The SARS-CoV-2 pandemic has revived the question of intergenerational justice. So far, the policy responses to the pandemic have – rightly – been based on projections. But once we start to have firm research findings (especially on age-specific risks), there will be pressure to take a more “age-sensitive” view of the rights of all concerned. We have to bear in mind that the crisis hasn’t been overcome yet and a societal burden that is seen to weigh heavier on some age groups than others might well lead to severe generation conflicts in the not so distant future.

Dr. iur. Silvia Pernice-Warnke, LL.M. was an Academic Visitor at the Oxford Institute of Population Ageing. Currently, she is a research assistant at the Faculty of Law, University of Cologne, Germany.