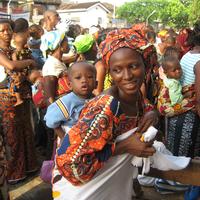 A new approach to fertility projections

In 2018 the research group behind the Global Burden of Disease (GBD) studies published a set of life expectancy projections which made use of an innovative approach to projecting future trends in life expectancy.  The same group has now published (in July) a set of global population projections which are of interest for the same reason, only in this instance the innovation bears on their projections for future trends in fertility.  As with the life expectancy projections, the methodology allows for the construction of alternative scenarios in which the force of the main drivers of change varies.  In other words, the projections are designed to highlight the potential effects of success or failure in implementing policies that influence the rate of fertility decline.

The GBD Lancet paper picks out two key issues for modelling population growth in the 21st century: the pace of fertility decline in Sub-Saharan Africa; and what happens to fertility once the total fertility rate falls below the replacement rate.  One major element in their methodological innovation turns on the way they deal with this second problem. As the GBD modellers point out, the mostly widely used global population projections (from the UN) assume that future fertility rates will everywhere converge on a Total Fertility Rate (TFR) of 1.75 - though at different speeds.  This means that countries with fertility rates well below replacement level (e.g. TFR < 1.5) will eventually see their fertility rebound until it reaches the 1.75 level (after which the model assumes it will stabilise).  The factual basis for this assumption is the recent fertility experience of a selection of countries with low fertility. What counts against it is the fact there are no real signs of such a rebound in other countries with low fertility.

The GBD modellers argue that there is a problem with the use of TFR as the measure of a country’s fertility rate, and propose an alternative, which they call CCF50 - completed cohort fertility at age 50[1].  In countries with below-replacement fertility TFR is liable to ‘fluctuations’ (their term), and ‘observed fertility rates for real cohorts of females do not seem to show the same fluctuating pattern’.  Their point is that TFR may register an increase in fertility as a result of delayed childbearing even though completed family size may be stable or on a downward trend.  A projection (like UNPD’s) that is essentially “a sophisticated curve-fitting exercise”[2] based on historic trend data for TFRs is problematic to the extent that these trend data for TFRs are liable to present a misleading picture of what is really happening to fertility.  The advantage of CCF50 is that it irons out the fluctuations that appear in the TFR data for low fertility countries.

There is, however, another and arguably more important innovation in their fertility projections, which is that they developed a statistical model for fertility as a function of (i) years of education for women and (ii) met contraceptive need as variables in order to account for variation (between countries and over time) in fertility. The model - with just two determinants of fertility - accounted for 80.5% of the variance in CCF50 across all countries between 1965 and 2017.

To project future trends in fertility what is required therefore - as input data for the regression model - are estimates for future levels of education attainment and met contraceptive need.  So the modellers computed annualised rates of change for the two key drivers and applied these to 2017 data[3].  This is the basis for the ‘reference scenario’, to which was added four alternative scenarios reflecting faster or slower rates of change for the two drivers.

One of the alternative scenarios is based on the SDG goals for educational attainment (universal secondary education by 2030) and contraceptive met need (universal coverage by 2030). This particular scenario aims to show us what would happen to world population if the many countries which are currently not on target to meet these goals actually did so.

As the table shows, the difference between their own projections and the latest UNPD projections is very large - a world population of 8.79 billion by the end of the century rather than 10.87.  Global population peaks in 2064, after which it starts to decline. In the UNPD projection it is still on an upward trajectory in 2100 (though the growth rate is decreasing).

How do the fertility rates compare in the two sets of projections?  The authors of the GBD projections recognise that “the most important determinant of world population in our 2100 forecasts was the rate of fertility that countries moved towards once they reached a rate lower than the replacement level of 2.1”.  This is perhaps most apparent in the data for S. Asia, which has a projected TFR of 1.33 - very low - in 2100.  But the figure for Sub-Saharan Africa is also (perhaps surprisingly?) low.

The issue then is what will happen to fertility trends in the super regions that are projected to be the main areas for population growth in the next 8 decades. Will they follow a pattern roughly similar to that seen in Northern Europe - fall well below replacement level and then rebound?  Or will the main drivers of fertility decline (continuing expansion of female education and universal access to modern contraception) operate differently in these regions?   Will India and Bangladesh, for example, end up with fertility patterns that are closer to the very low fertility countries in E Asia than, say, Denmark or Sweden?  Will the drivers of fertility decline operate similarly in Sub-Saharan Africa as elsewhere?  The answer of course is that we do not know. What the GBD paper gives us are projections that assume positive answers to both these questions.  No less important is the fact that the methodology allows for the construction of alternative scenarios which depend on what happens with the main two policy-related drivers of fertility change.

[1] Defined as:  the average number of children born to an individual female from an observed birth cohort if she lived to the end of her reproductive lifespan (age 15–49 years)

[2] Also described as “a non-causal time series model with no covariates”.

[3] In other words, “a sophisticated curve-fitting exercise” is used to derive estimates for the future levels of education and met contraceptive need.