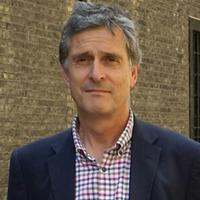 Kenneth Howse is a Senior Fellow at the Oxford Institute of Population Ageing where his research interests cover health and  health policy with a strong interest in the ethical and normative dimension of the policy implications of demographic ageing. He also has an interest in ageing in South and South-east  Asia including the  role of Older People’s Associations,  the impact of population ageing on food production, and the provision of community health care. Kenneth is is Co-PI on the DAI@Oxford Programme with responsibility for elucidating the demand for good design as we age.

Kenneth’s  background in applied ethics is reflected in a continuing interest in the ethical and normative dimensions of policy-making in this area, including problems of intergenerational fairness.

He also has a strong interest in ageing in Asia.  In 2014 he completed an evaluation study for the Beveridge Foundation of home care services in Dhaka, Bangladesh.  In 2015-16 he led a multi-country study of Older People’s Associations in SE Asia: China, Vietnam, Myanmar, and Cambodia. In 2017 he did fieldwork for a project on the ageing farm workforce in Myanmar.  The Myanmar study was subsequently followed up with work on ageing farm population in Vietnam.

In 2017-18 he was lead author on a comparative study of ageing in the Commonwealth countries.

As a member of the Oxford Programme on Fertility, Education and the Environment, he has also worked on fertility issues, with a review of Impact Estimation Tools for the International Planned Parenthood Federation.

Most recently he completed a report for the Industrial Strategy Fund to inform development of a revised approach to the Challenge Fund for Healthy Ageing.

Howse is currently one of the members of the Institute’s research team working for the Design Age Institute, a new national initiative aimed at focusing design expertise on the needs of the UK’s ageing population.