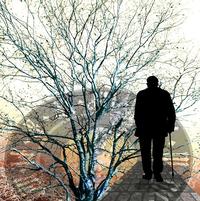 Should older people who are not severely ill have the right to ask for assisted dying?

This summer, on 17 July 2020, Dutch parliamentarian Pia Dijkstra submitted a controversial legislative proposal that would allow healthy older people to have assistance with dying if they consider their life to be ‘completed’.

Dijkstra argues that there are significant numbers of relatively healthy older people (75+) who are ready to give up on life; they go to bed every night with the hope that they won't wake up again the next morning. These people do not suffer from a medical condition (i.e. something that can be cured or in some way treated), but rather they suffer quite simply from being old. They feel they have outlived themselves and have a persistent well-considered wish to die, she states. Dijkstra: “I want to make assisted dying possible for this group."

Hitherto, under Dutch law, only physicians are allowed to perform euthanasia or assisted suicide (EAS), and they do so in strictly specified circumstances. And although these circumstances need not include one single, dominant or life-threatening medical problem, to date the law has required that the suffering should always have a medical dimension. This means that in some cases, Dutch older people who suffer unbearably from multiple geriatric syndromes can be eligible for EAS. Aid in dying for older people without severe illness, however, is currently unlawful in the Netherlands. Dijkstra, therefore, wants to extend the law: even in cases without medical conditions or unbearable suffering, she proposes, it should be lawful for older people to ask for dying assistance.

The underlying issue has given rise to a contentious debate that is not restricted to the Netherlands. Chris Gilleard, for example, also addressed the topic in a recent talk at a virtual conference of the McDonald Centre on ‘Ageing and Despair’. In his presentation, he reflected on the legalisation of assisted dying in cases of older people whose suffering is mainly existential, induced by the weight and purposelessness of life itself, as he puts it. To support (or perhaps illustrate) his argument, he refers to the so-called ‘rational suicides’ of writers Jean Améry and Carolyn Heilbrun and quotes a question asked by the latter: “Is it not better to leave at the height of well-being rather than contemplate the inevitable decline?”

Much can be said about this issue. Drawing on research we conducted recently, I just want to underline four critical issues that in my view highly complicate Dijkstra’s proposal:

To conclude, the social phenomenon regarding older people who sense an absence of meaning, emptiness and value in later life is recognizable in several countries around the world. However, the fact that it has become highly political in the Netherlands is quite unique. The question whether older people who are not severely ill should have the right to ask for assisted dying raises crucial questions about the role of the state: should the government facilitate assisted dying in these cases or should they focus on prevention of meaninglessness and loneliness in old age? Supported by the findings of our new study presented above, I would suggest what we should prioritize the latter.

About the author: Els van Wijngaarden is an Associate Professor in Care Ethics, University of Humanistic Studies, Utrecht, The Netherlands. She was an Academic Visitor at the Oxford Institute of Population Ageing in 2018.