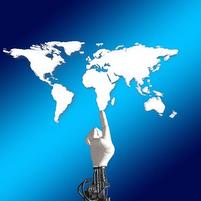 The Next Normal After the Pandemic: Boost in Workplace Automation

The coronavirus pandemic is set to generate the ‘next normal’ in the workplace by accelerating automation. It’s not just that during times of recession companies strive to cut costs. After the 2008 financial crisis, routine jobs that could easily be automated disappeared and were not recovered with the subsequent economic upturn. While the virus does not discriminate between high- and low-income earners, a forthcoming publication by Citi and the Oxford Martin School reports that high-income earners do not just face a lower threat of automation, their jobs also tend to be resistant to the pandemic. The reason is plain to see:  high-income jobs are more susceptible to being performed remotely (5x in this report), thus creating a ‘double disadvantage’ for low-income earners.

There is more to it than this, however. Leading consulting firms, such as McKinsey, expect to see lasting change to consumer preferences in terms of face-to-face interactions. For millennials and the Generation Z in particular, the pandemic embodies the biggest crisis they had yet to face. The impact on their attitudes may be profound.

Before covid-19, consumers usually preferred a human element in interactions. Health concerns will likely prompt a shift in that thinking and open up new opportunities for automation. Both large and small companies are already increasing their use of robots to allow for social distancing. A recent survey by the auditing firm EY found that 41 percent of respondents were investing in accelerating automation to prepare their businesses for the time after the pandemic. Using robots and thereby reducing face-to-face interaction also presents marketing advantages. According to New York Times bestselling author Martin Ford, workplaces will prefer places with fewer workers and more automation to minimize the risk of coronavirus transmission.

In 2017, McKinsey published a report predicting that a third of US jobs would be replaced by automation as early as 2030. In addition, the report estimated that in 60 percent of all jobs around the world some 30 percent of key tasks could be automated, which would affect 400 million to 800 million jobs. According to the Brookings Institution, all three recessions during the past 30 years increased the pace of automation, and this pandemic has the same potential to speed up the timeline estimated by McKinsey.

The coronavirus could prove to be a turning point in the rise of the ‘contact-free economy’. Brick-and-mortar retail stores were already struggling before the coronavirus pandemic, and now online shopping has received an additional boost. In China, e-commerce is reaching new customers and markets. Specifically, people aged 36 and over and those living in smaller, less prosperous parts of the country are increasingly buying online. In Europe, and unsurprisingly, similar findings have been reported. In April 2020, about 13 percent of consumers reported their intention to shop online for the first time. Italy saw e-commerce transactions rise by 81 percent since late February.

The trend towards contact-free interactions can also be observed in the global healthcare system with the number of telehealth services increasing. In the US, the largest stand-alone telemedicine service Teladoc Health, saw a 50 percent increase in demand since late March. One of Europe’s most prominent telemedicine providers, Sweden’s KRY International, reported a 200 percent increase in registrations. Regulations in countries like France and South Korea have been eased to promote access to contact-free telehealth services. In South Korea, robots measure people’s temperatures and distribute hand sanitisers. China utilizes tele-response bots to facilitate communication and health monitoring between medical staff and patients, while medication is delivered by drones.

In other sectors, the fast-food chain McDonald’s is testing robot cooks and servers. Walmart, America's biggest retailer, is using robots to clean its floors. Not only do these measures minimize human contact, they also ensure that work keeps getting performed while employees have to stay at home. Since robots are expensive to purchase and integrate into business operations, it is unlikely that a company will ever rehire a human employee for that same position.

This trend could have dramatic consequences for whole countries and individual economies. For example, in the Philippines, the outsourcing industry employs more than 1 million people.  When President Rodrigo Duterte announced a strict lockdown in mid-March, companies such as JPMorgan, Amazon, Google, and Facebook all have seen their back-office operations hit. The pandemic brought to light a vulnerability that can be remedied by increased use of AI, chatbots and automation. This trend is likely to hit the sector deeply and have far-reaching consequences for economies like the Philippines and India, which are the main service providers in the outsourcing industry.

Before the pandemic, it was widely felt that we may be automating too much. The focus of concern now seems to have changed - the prevailing sentiment is pushing us to try and identify what else should and could be automated to prevent human contact. The previously negative portrayal of automation as a primary reason for mass unemployment has shifted. Now employees appreciate the advantages of being able to Zoom with their clients, collaborate on digital platforms, and access education material online.

This highlights an important aspect: automation is already here. Most people already work alongside automation more than they may be aware. There are advantages. For example, lower demand for human staff to perform repetitive chores means that they can shift their skills (once they have acquired them of course) to more strategic tasks. In the long-term, automation is likely to drive long-term prosperity. Still, the boost of automation due to the pandemic will probably increase people’s level of automation anxiety and insecurity regarding the future of their occupations. Apart from increased research efforts on the psychological implications of occupation insecurity, we need to aim at upskilling employees with new technologies and creating a shift in mind-set towards more agile ways of working. Those companies that can bring along their employees on the journey to foster innovation and growth with them will be the ones to succeed.

Dr Lara C. Roll is a Research Assistant Professor at Lingnan University (Hong Kong) and an Extraordinary Researcher at North-West University (South Africa). She was an Academic Visitor at the Oxford Institute of Population Ageing in January - March 2019.