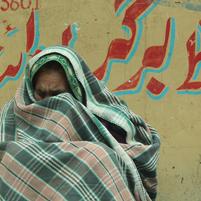 Amidst the continuing and growing Coronavirus crisis this year’s World Refugee Day has again passed almost unnoticed, despite the nearly 80 million people who are forcibly displaced around the world. This may not be unconnected with the fact that the overwhelming majority of refugees come from and are hosted by low-and middle-income countries. In the rich world only Germany takes a significant number of the world’s forcibly displaced people.

As the UN’s refugee agency UNHCR recognises, people aged 60 and over make up a significant proportion of the total number of those forcibly displaced, some 8.5 per cent of the overall population, and more than 30 per cent in some situations. The majority are women. These older people face significant challenges when they are displaced. They can be victims of discrimination; their safety is at risk and they often have to overcome barriers to access the support and assistance they need. When people flee, families are often separated, and community and support structures are disrupted, making it harder for older people to receive the support they need. These risks can be further intensified for women and for those with disabilities.

So far, so familiar. Yet despite our growing awareness of the importance of inclusive humanitarian responses which meet some at least of these challenges, hard evidence of policies and practices for the effective inclusion of older people and those with disabilities is still very limited.  This lack of a strong foundation of published research undermines advocacy efforts with the major humanitarian actors in emergency responses and in the continuing debates around humanitarian policy and practice. Now for the first time a comprehensive literature review has highlighted the state of current research.

In many ways its findings are not a surprise; the review notes that while many articles lean towards an emphasis on the importance of inclusion in humanitarian response, the evidence base is spread broadly (and thinly) and there is little depth of quality evidence. Furthermore, while the disability literature emphasises the importance of engaging with the representative organisations of people with disability in response, there is a noticeable lack of research led by people with disability or older people.

Why effective support to older women and men with clear and often quite specific needs should be so problematic remains unclear. We still know too little about the institutional barriers to their inclusion, or why the inclusion principles and approaches which are increasingly widely used with other identified groups are not adopted for older people and those with disabilities. One explanation was offered by a report from the UN’s Office for Humanitarian Affairs nearly a decade ago. It noted that senior managers lacked understanding of the need for and ways to collect sex and age disaggregated data (SADD) into humanitarian programming. Because neither senior managers nor donor agencies showed strong interest in the value of SADD, the field staff did not collect the data. It also seems that the humanitarian sector has an outmoded understanding of age and disability, tending to approach both from the perspective of a medical model rather than a rights-based understanding.

Thus, older people and those with disabilities are still notable absentees from planning and decision-making processes in humanitarian responses.   Mechanisms or approaches to engaging with older people are notably absent from the research literature. The one exception seems to be that there are a number of calls for engagement with ‘elders’, perhaps reflecting a propensity among humanitarian organisations to associate social status with older age. Yet the ‘elders’ with whom they engage may not represent either older people more broadly or the wider community. There is a lack of nuanced understanding of the diversity of older age, and a tendency to over-romanticise the respect for age which is assumed to exist. Changes to older people’s roles and influence in communities in the wake of disasters and emergencies can increase psychological impact and risk for older people.

Despite a recognition of the need for age and gender disaggregated data in the humanitarian sector, this data is still not routinely collected or used to inform decision-making We also know too little about the intersectionality between  older age, disabilities  and other social factors. There is little detailed gender analysis and almost no evidence detailing other considerations, such as race, ethnicity or class.

What is clear is that we still need to make more effective use of the data that does exist to understand the differing needs and capabilities of older women and men across later life age groups to achieve inclusive responses. Not only is data disaggregation by age for people over 60 years old (or equivalent cut-off) still the rare exception, we also know too little about the effectiveness or otherwise of specific tools and methods, such as the Washington Group Questions for people with disabilities (including of course, many older people). Basic tools to assess Activities of Daily Living (ADLs) which are already coming into use in many low- and middle-income countries, are generally not applied in humanitarian settings. Barriers within humanitarian agencies to the more effective collection and application of age disaggregated data clearly remain.

All this can have immediate consequences for older people. The majority of evidence in the review points to a lack of access to general services together with a lack of interventions to meet their specific access needs. For example the inflexibility of systems, such as registration processes in refugee camps, may effectively exclude older people from services. Lack of information is often a key barrier to accessing services (as in the case of these older refugees from Venezuela now living in informal settlements in Colombia).

Overall the review points to a repeating cycle of evidence gaps which in turn make policy and practice change difficult to achieve. The collection of data nor accumulation of other evidence does not in itself lead to change. While new evidence can inform humanitarian action and improve humanitarian outcomes, evidence-based decision-making often requires no additional data. UNHCR's Policy on Older Refugees aims for a future  where ‘efforts on behalf of older persons will have become so well integrated into all aspects of protection and programme planning...that a separate Policy on Older Refugees will cease...to be necessary’. For this to be more than a pious hope though, much better understanding of and commitment to well-established technical best practices in conjunction with financial resources, driven by political commitment, would be needed.