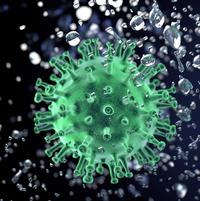 COVID-19 in the Middle East and North Africa, MENA Region

It has been several weeks since the World Health Organisation (WHO) declared COVID-19 to be a pandemic. Different countries have reported different infection and mortality rates. Spain, Italy and the UK (and subsequently the USA) have become hotspots for infection and mortality rates, with the death toll in all these countries exceeding what has been reported from China. In the absence of a vaccine or medications, the main public-health intervention so far is lockdown, aimed at controlling the transmission of the disease. In the UK, as elsewhere, the main short-term objective is to slow down the spread of the infection in order to keep the number of hospitalisations at any given time within the capacity of the health services (NHS in this case), and associated capacities of intensive care beds and ventilators. Governments need time to increase health service capacity so that they can deal with the outbreak in a way that has minimal impact on hospital admissions for the treatment of serious cases other than COVID-19.

Governments and research scientists are trying to monitor and understand the patterns of the epidemic in other countries besides their own in order to prepare or modify their responses. They are also looking at the experience of countries with relatively few fatalities to explore the factors that may have contributed to that outcome.  So, what about the Middle East and North Africa (MENA) region? The region seems to have one of the lowest recorded infection rates for COVID-19, though for some observers this is likely to raise serious questions about the extent to which the official figures reflect the reality of the epidemic.

There were particular concerns about the figures published by the Ministry of Health in Egypt. Quite a few cases have been detected in other countries that were traced back to people who had travelled from Egypt, which suggests that they may have been infected there. The number of these cases in Canada and the USA (60+) alone would point to widespread infection rates in Egypt, which would threaten a massive outbreak in a region with a very limited health infrastructure to deal with such a situation. As things stand (April 11th), there are only 1,939 recorded infections in Egypt, which seems implausibly low given what we know about transmission and the dynamics of the mathematical models that project the course of the epidemic.

Of course, most of the models used for these calculations assume a totally mixed population. It is important, however, to look at the context of Egypt and the MENA region when considering how to specify the model. As we know, assumptions have to be made to specify the parameters in the models, and given the novelty of the disease, there has to be some guesswork involved.

In Egypt, as elsewhere, we can only estimate the ‘true’ infection rate by using complex models which incorporate assumptions based on limited evidence, and there are arguments for and against the validity of the official figures. In this context, I would like to use Egypt as a case study for the MENA region.

There are several factors that may explain the small number of reported cases in Egypt. Here I want to consider the country’s demography and geography as well as the government’s response, including public health interventions, and the testing regime.

The MENA region, Egypt included, has a very young population, which means many people may have already caught the virus, but because of mild/no symptoms did not notice it (or did not differentiate it from common cold/flu). These cases no not appear in the official figures. Similar to Public Health England, Egypt mainly counts those who have been admitted to and tested at hospitals or have been required to test for other reasons. This scenario of a large number of infections with mild symptoms and a low death rate, if true, would imply that Egypt is developing some form of herd immunity.

Having a large portion of the population with immunity would reduce R0. This scenario could play out either with isolated cases of infections based on random events which could be traced down and quarantined; or (worst case) with several local outbreaks in small subsets of the population. In the latter case, government could apply lockdowns on a local area basis.

There is another implication of the MENA region and Egypt’s demography. Family intergenerational support is at the core of social norms and typically occurs within the same household unit. Many families live with their elderly parents, and if care is needed, either act as informal caregivers themselves, or use domiciliary care workers. Anecdotal evidence from Cairo suggests that families who use domiciliary care workers are taking measures to isolate the older person (such as the grandparent/parent) from contact with the younger generation (such as grandchildren). The main family carer takes over responsibility for preparing food,  and interaction with the person receiving care is restricted to him/her and the domiciliary care giver. From what I have heard, the families try to set new guidelines for the care worker - which include providing a clean set of clothes upon arrival, or requiring the use of personal protective equipment before having contact with the older person. The care worker is asked not to prepare any food or drinks for the older person.

If this happening everywhere across Egypt, the population is being divided into three strata with a limited contact rate between the most venerable group and the other more socially active groups. This would help to reduce the transmission of the disease between younger people, the largest group, and the older people, the smallest group of the population; and it could be a factor contributing to the small number of deaths in Egypt. Of course, as things stand, we do not know (not even roughly) what proportion of families are adopting these kinds of measures to protect older people or those with chronic diseases.

We might guess that hot dry weather could reduce the spread of the disease by making it harder for the pathogen to survive outside of the host. This assumption is based on the knowledge of other similar seasonal diseases outbreaks such as influenza, although no one can really tell for sure about this particular virus. Egypt generally enjoys warm and dry weather, a factor that might have an impact on the spread of COVID-19.

Also, many regions inside Egypt are poorly connected by road networks or public transportation, at least when compared to the UK, and this could facilitate containment of infections within locally isolated geographical areas.

When the pandemic appeared to reach Egypt, the government seemed quick in its response. It closed schools and universities and imposed a curfew - applying to all citizens - from 6pm to 6 am the next day.  They also initiated an intensive public health media campaign on television and radio channels, as well as social media, advising people to wash their hands, parents to give children antiseptic or soap to clean their hands while at school (even prior to school closure) and advising against unnecessary visits. The campaign highlighted the importance of changing social habits, such as: stopping physical contact while greeting others, not sharing plates of food with family members, and encouraging older people and those with chronic diseases to self-isolate at home. Government agencies started a process of contact tracing for all new cases and the police became actively involved in enforcing quarantines. Furthermore, complete lockdown was applied to whole small villages in the countryside where daily social contact outside the household is traditionally more extensive than in metropolitan areas. The military helped to manufacture and distribute hand sanitisers and other hygiene products, alongside a clampdown on the black market. It should be noted that panic-buying, and scenes of empty shelves in stores, has not yet been reported in Egypt. The Egyptian army also mobilised some of its units to provide services to disinfect public transport on daily basis during curfew. At airports, health checks were carried out on those arriving internationally and those having a high temperature or other symptoms were moved to a 14-day quarantine when necessary.

At the time of writing, Egypt still conducts contact tracing. Given that this policy was introduced at the very beginning of the pandemic, similar to the experience of Singapore, it is possible that this has helped limit the number of infections.

It is questionable, however, whether this ‘good response’ by the Egyptian government is enough to explain the surprisingly low number of reported cases. Thus, it is important to consider other potential factors.

Could vaccination history be a contributory factor. The BCG jab is compulsory in Egypt. A new study (not yet peer-reviewed) from Johns Hopkins Bloomberg School of Public Health suggests that receiving BCG jabs might reduce the likelihood of catching COVID-19 by as much as six times. The conclusion is based on data from countries with the top fifty highest reported numbers of deaths from COVID-19. Perhaps this could help to explain the relatively small number of reported infections and fatality in Egypt and the region.

The difficulties of implementing mass testing for infection - apparent even in the most developed health systems -  have been a controversial issue for several weeks now.  Without large-scale testing it is not possible to arrive at a robust estimate of the true infection rate in the population, and this of course is very important for considering the possible impact of lifting lockdown measures. The extent of acquired immunity in the population will be a key determinant of the impact of a second wave of infection.

Egypt at the moment is in a similar position with respect to testing as the UK. There is neither community testing for current infection nor antibody testing for past infection. Only those admitted to hospitals or diagnosed are tested and reported.

In conclusion, in the absence of antibody testing, we cannot be sure of how far COVID-19 is spreading in the MENA region, or indeed anywhere in the world. The official figures in the region and in particular in Egypt could be correct up to the level of testing currently available. One can only hope that the official figures in the MENA regions reflect the real size of the impact of the disease on the region. Given the unprecedented impact of this pandemic worldwide, we should expect soon to see large studies that will make use of available big data to understand more of what has really been happening and to help prepare for future pandemics.

Source: official figures by different countries’ authorities as reported at the time of writing (April 11th).

Mohamed Ismail is the director of Analytical Research Ltd. He is an Associate Research Fellow at the Oxford Institute of Population Ageing.