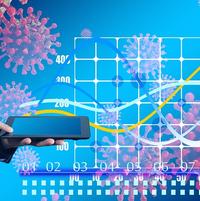 In early March, in the early stages of the UK’s response to the COVID-19 crisis this Blog discussed whether experts now know what they are talking about, based on the observation that government was closing ranks behind a handful of experts whose evidence would guide their response to the crisis. We all now have a sense of how well the government has performed as the range of evidence has increased and the scientific experts have grown in number. However, it can be manifestly difficult for others to make sense of the evidence, and this is of particular concern when we observe government ministers joining the queues to hide behind the “science”.

Science and scientists learn from what some would call mistakes. This strengthens the science, broadens our knowledge base as more, and more evidence is gathered which enables us to make more robust statements.

Furthermore, the science which is taken up by policy-makers is political. It is based on societal judgements around appropriate and acceptable measures.

As put succinctly by Jana Bacevic: “Scientists regularly disagree about different issues, from theoretical approaches to methodologies and findings, and decisions about what kind of scientific advice is taken into account are highly political”.

Is it too much to expect that politicians, like scientists, can revisit their policies and revise them moving forward? Too much to ask that they admit, not that they got it wrong, but that the evidence now suggests something different, and therefore perhaps a different course of action? Too much to ask that for once they do not defend the indefensible, simply because they fear that will be the end of their political careers?  This profound dilemma is not about admitting mistakes, it’s about continually expanding our knowledge and enabling us to do what is right.

We as responsible, concerned citizens could understand this and be more comfortable with our politicians for sharing these developments with us honestly and transparently.

Having trained as a mathematician and statistician before working in the demography of ageing, one thing I have been acutely aware of is the danger of a quagmire of numbers. The eminently sensible aim is to give all of us all of the information, as it happens. However, this raises a number of questions.

First -  do all of us need all of the information all of the time? One could argue it is necessary in order to prevent the alternative situation of secrecy and lack of transparency and therefore distrust. A difficult compromise then. Perhaps what makes it even more unsavoury and indigestible is the pack mentality which kicks in when NHS England numbers don’t match ONS numbers, as if there is a conspiracy to keep from us the terrible tragedy unfolding before our eyes, when in fact it’s no more than the idiosyncrasies of the data reporting systems which are in place.

Second -which types of information do we the public need to have? Does each and every one of us need a daily dose of deaths? We all understand for example that 419 deaths in the previous 24 hours is fewer than the 627 deaths the day before. But then what? And what do we do with the following day’s 826 deaths? For most of us, understanding these numbers is at best confusing, at worst annoying. In such crises as our current one, we need to avoid both confusion and annoyance. For the scientists – the modellers we now hear so much about – these daily numbers are an integral part of the evidence they need to remodel, revise and perhaps readjust their appraisal of the developing situation, which is then passed on to the government so that government – and not the scientists – take on the responsibility of determining the policy response to this new evidence.

Thirdly, the nature of this crisis is that we shall not understand it fully until it’s all over. Only then will the scientists have all the available evidence and only then will they be able to say anything with certainty. Unfortunately, that will be too late to save the victims of the virus. But it will provide us with more knowledge the next time something like this happens again, hopefully putting us in a better position  to tackle it.

But as David McCoy notes: “It is easy to be entranced by the cleverness of models that map, measure and predict the complex interactions of multiple natural and social variables. There is something impressive about the ability to produce answers in the form of precisely calculated numbers, and professionally crafted charts and graphs. And for politicians, nothing is more convenient than being able to say that they are merely following “the science” and evidence”.

Dr. George W. Leeson is Director of the Oxford Institute of Population Ageing, University of Oxford