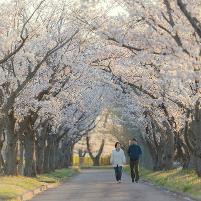 How age-friendly cities are paving the way for the future: the case of Akita City

The convergence of population ageing with urbanisation is one of the major global mega-trends that will shape societies and communities in the 21st century. Thanks to the rapid advance of new technologies and growing awareness of the associated planning issues at city and regional level, local stakeholders are in a position to plan and develop their geographies for future prosperity. Older citizens often have different preferences and needs across aspects of healthcare, lifestyle, housing and social interactions.

To promote active ageing, In 2007 WHO published a guide for Global Age-Friendly Cities to promote active ageing, and  since 2010 WHO it has encouraged the development of a Global Network for Age-friendly Cities and Communities to encourage learning, collaborations, and experimentations in so-called ‘global’ cities. This was followed in 2015 by the publication of a guide to measuring the age friendliness of cities, and the in 2018 by a review of the programmes that have been implemented.  The WHO Global Network for Age-friendly Cities and Communities now includes 1114 cities and communities as members in 44 countries, covering over 262 million people worldwide.

As a super ageing society, Japan has the oldest population worldwide. In mid-2020s, more than 28% of the population was 65 years old or older. Japan is also one of the most urbanised countries in the world, with 91% of the population living in urban areas. (This compares with 84% in the UK; Belgium is the most urbanised country in Europe at 98%).  With Japan’s demography being what it is, we should expect it to be a pioneer in the development of age friendly cities, and it is. The population of Akita City makes it one of the oldest cities in the country, and according to current projections, more than 35 percent of the overall 300,000 population will be 65 years or older in 2025. It was also the first Japanese city to join the Global Network for Age-Friendly Cities and Communities. It makes a good case study for a review of how age friendly cities initiatives have been implemented, and what impact they have had.

Located in the north-eastern part of Japan, Akita city has experienced rapidly ageing population and active ageing has been a major priority for local policy makers since the early 2000s.  In 2009, the city authorities followed up on a promise made in the mayoral election campaign and started the Friendly City Project. A year later, they established the Akita Age-Friendly Plan Promotion group, surveyed the local citizens and then positioned the development of Akita as an age friendly city as their core growth plan. This gave the city the credentials to join the WHO Global Network for Age-friendly Cities and Communities (in 2011).

The same year – 2011 – the city rolled out a One-Coin Bus Project to make public transport  easier to use as a means of facilitating social participation among senior citizens. With  strong central government support, they worked out the details for a first stage action plan for 2013-2016, including:

1) a City Partner programme, which set out to coordinate initiatives by corporations and civil society groups for promoting an ‘age-friendly spirit’ and helping older citizens in the practical business of daily life;

2) agreement on a set of indicators for measuring the city’s age-friendliness; and

3) an exhibition of “Age 2240 style-Wiser people who take advantage of their time”.

It was during this action plan period that Akita Bank and Akita Castel Hotel both declared themselves to be age friendly enterprises. A new city hall which was designed especially for easy access was built in 2016. The second stage action plan – intended to run from 2016 to 2019 – had two major strategic goals “integrating Government, private companies, groups and individuals into one community, and establishing and activating a system for developing efforts of Age-Friendly City”, and “building a community for elders by developing their activities”. Unfortunately, from 2016 on there seems to be little news about on-the-ground initiatives that might help realise these goals. We must accept, of course, that the ongoing pandemic has probably disrupted many scheduled activities as the city has directed its energies to maintaining the safety of its citizens, coping with economic hits and most recently implementing the vaccination programme.

The many problems that have worked against the implementation of age-friendly city programmes have been the outlined in various research studies, and they include political barriers, the discontinuity of public sector financial support, lack of knowledge and robust evidence for policy makers to make informed decisions.

As far as Akita city goes, it is possible to identify some key steps that might help overcome some of these problems. Firstly, it is important to find out about the direct experiences and opinions of senior citizens on existing initiatives (a survey exercise that should be more considered and searching than the superficial vox pop soundings that informed the promotion materials published by the city). Academic institutes have the expertise to undertake this kind of inquiry, and its findings would surely benefit the further development and refinement development of measurement tools.

Secondly, a successful collaboration of policy makers and private enterprises is important for the sustainability of many initiatives, and it often requires sufficient incentives, innovative business models and scale up possibilities of the ecosystems. Emerging technologies, such as digital tools, can play significant roles. Governments can provide platforms and services to encourage the public-private partnerships. Social entrepreneurship also has an important potential role as an additional source of schemes: they should be encouraged, tested and deployed.

Finally, the learning and knowledge that comes from the work at Akita city can be exchanged with other WHO age-friendly cities and communities to inspire new ideas, motivate teams, and accelerate the development progress. In the pre-COVID era, age friendly cities were already recognised to be a key policy direction for future prosperity, sustainability, and wellbeing of citizens. Some surveys undertaken during COVID have suggested that age-friendly cities may have managed to reduce the impact of COVID on older people there were more partnerships and networks in place that they could use. And as we now know, COVID seems to have promoted various behavioural and attitudinal changes among older people that may provide fresh opportunities to reconfigure cities for the future.

Luc Yao is a Visiting Fellow at the Oxford Institute of Population Ageing. Luc is based in Darmstadt, Germany and is active in the electronics industry, related start-ups, and the Open Innovation networks.  His research at the Institute focuses on the adjacent domains of population ageing, innovations and strategic investments.