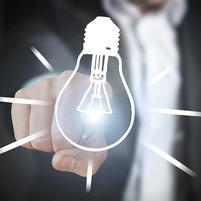 Five ideas for a fast-changing world

Last Thursday, I had the privilege of attending the second annual meeting of The Longevity Forum, a relatively new player on the UK's ageing scene.

As I noted last year when I attended the inaugural event, The Longevity Forum takes a two-pronged approach to the demographic realities of a globally ageing population. It is, on the one hand, interested in the potential for current scientific research to extend the lifespan. But the organisation is also focused on the social and economic implications of this so-called longevity dividend.

As the conference was invitation-only, this blog shares five ideas I took away:

1. The science of ageing is moving rapidly. Health is increasingly malleable. A veritable tsunami of drugs like rapamycin  and metformin are able to influence factors underlying multiple age-related conditions like respiratory infections and diabetes. What's more, clinical trials are demonstrating results not just with animals, but with humans. One scientist boldly declared that it was only a matter of time - somewhere between two and ten years  - before we bring ageing under "comprehensive medical control."

2. The Scientists are frustrated. But along with their optimism at science's ability to target the biomarkers of ageing, the scientists in the room were also decidedly frustrated. If biotech firms - and the investors who support them - understand the game-changing nature of science in this field, why haven't policymakers caught up? Some surmised that once the "dam breaks" and the public grasps the medical advances in extending life, awareness will naturally cascade up to politicians. This struck me as a rather naive view of policy change, one that fails to appreciate how institutional context shape incentives facing politicians. That said, one statistic in this discussion did catch my attention. Apparently, the medical costs required to sustain someone who dies over the age of 100 (the so-called centenarians) is one-third what it costs to sustain someone aged over 70. Based on current demographic trends, one panelist calculated a $30 trillion in health care cost saving by 2030. That alone might well excite the interest of politicians.

3. The Third Demographic Dividend. Linda Fried, Dean of Columbia University's Mailman School of Public Health, believes that meeting the demands of the current demographic revolution is the principle design challenge facing societies in the 21st century. In the United States, which relies principally on a private health-care delivery model, this will require highly tailored medical care to treat an increasingly diverse and heterogeneous over-50 population. Fried also spoke of the need to leverage the social capital of the post-50 population for the public good. The "proof of concept" she gave for the sort of inter-generational knowledge transfer she has in mind - Experience Corps - is a volunteer-based tutoring programme run by the AARP. But I was left wondering what a larger-scale, public policy initiative of this sort might look like in the U.S.

4. The NHS needs an overhaul. Fried advocates a life-course approach to public health in the United States, one that shifts its focus from treating disease to preventing illness at all ages. This sentiment was echoed by panelists specialising in the U.K. There was a consensus, however, that implementing this strategy would require an overhaul of the NHS, both operationally and culturally. First, it would require a shift in targets, away from things like length of hospital stays and the number of illnesses cured, towards metrics that could better capture preventive health outcomes. Second, it would also entail a dramatic reallocation of resources.  Lynne Cox, a University of Oxford biologist observed that whereas preventive health is managed locally in the UK, treatment is handled nationally. (This is precisely the sort of institutional analysis that needs to be done before contemplating policy change - see point 2). Third, the British government would need to explore how to leverage public investment to move drugs more quickly from lab to clinical trial to shelf, so as to make them more affordable for thepopulation. Finally, the NHS would need to do much more to harness data and technologies that could reduce the "postcode lottery" in health outcomes observed in places like Glasgow. Like it or not, one panelist remarked, services (read: doctors) will never reduce health costs at scale; gadgets will.

5. Business also needs an overhaul. The value older workers bring to the economy has long been self-evident to longevity crowd. But it was eye-opening for me to hear some new numbers. Turnover is expensive. Yvonne Sonsino, a consultant at Mercer, said that the cost of losing and replacing a single employee can equal more than twice that employee's salary, rising as high as 300%, depending on seniority. But she also said that retaining older workers is smart business. In one company her team studied, one extra year of work from employees was estimated to increase productivity by $14 million. The return on investment from age-diverse teams was echoed by Andy Briggs, a CEO who has served as the UK government's Business Champion for an Ageing Society. Briggs cited a 2017 McKinsey study showing that companies which prioritise gender, ethnic and age-diverse teams out-perform other teams in terms of decision-making by 87%. And yet, despite being the most valuable members of many companies, older workers consistently receive the least professional skills training.

As Joseph Coughlin, Director of the MIT Age Lab, reminded us via video, whatever new gadgets and medical treatments we may be on the cusp of creating, the oldest technology in the world is storytelling. And we need a new narrative about ageing. People differed on their preferred terminology; some like "longevity," others like "healthspan," while the biotech crowd leaned towards "rejuvenation" and "Juvenescence."

Whichever lexicon we ultimately hit upon, one of the many things I learned at this conference is that I now qualify for membership in the AARP. Having looked at the host of benefits such membership provides, that's a story I'm happy to run with...