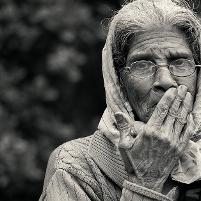 Is ageism really “the last taboo”?

Trying to launch any wide-ranging advocacy campaign in the age of COVID-19 is demanding enough. Launching a campaign to combat ageism, as the World Health Organization has recently done with its Global Report on Ageism, seems especially challenging. Nevertheless this may be an important moment to do so, when the Covid-19 pandemic has sharpened awareness of age and generational difference. This has come at a time when life expectancy and better later life health was beginning to enjoyed by increasing numbers of people. Even before the pandemic however, the global debate about ageing and old age was already framed around economic, social and health disaster. As WHO has emphasised, prejudiced attitudes towards older people remained strongly institutionalised, and socially acceptable.

When the term ageism was originally coined in the 1960s, it was patterned on the then emerging recognition of the negative stereotyping impacts of sexism and racism on whole groups of people. Even though Robert Butler (the American gerontologist who originated the term) linked them together, the pathways of these prejudices soon diverged. While sexist and racist attitudes continue to blight society today, they are vigorously confronted. Ageism, on the other hand, continues to be normalised and is very rarely challenged. For these reasons it has been called the last taboo.

Various explanations are offered for why this should be. It has been proposed that the very existence of older people is a reminder of the uncomfortable reality of mortality and vulnerability. Furthermore, ageism endures across the life course, as lifetimes of exposure to negative stereotypes of older people may lead to the internalising of ageist attitudes by older people themselves. Ageism is also insidious; it is often subtle, and older people themselves may take on the stereotypes to the extent that they “act their age”, so that ageism becomes a self-fulfilling prophecy.

Nor is ageism just a phenomenon of affluent, ageing societies. It is alive and well in low-and middle-income countries too. While research on experiences of ageism and age discrimination in these countries is rare, those studies that do exist tell a similar story. In Myanmar for example, prejudiced attitudes towards older people affect all aspects of their lives from employment to healthcare. The title of a research study from South Africa, “They don’t care about us”, is a message that older patients in similar contexts would readily recognise. In these countries too, older people identify with negative ideas of old age. As a participant in a pilot HelpAge 4-country study on ageism put it, “Ageing goes with sickness because being old, in itself, is a sickness”.

Notwithstanding accounts that hold the older generation (in high-income countries at least) responsible for “breaking the intergenerational contract”, the American historian Holly Scott has argued that the divides agitating societies all over the world are more about power than age. Comparing the social upheavals of 1960s America with today, she believes that talking about age was a way of raising the wider question of who had power and who did not. In a perceptive critique of debates on so-called “intergenerational conflict” Sonia Sodha writes, “Narratives about age as the new social cleavage tend to underplay the importance of class. The concept of one generation stealing another’s future is unlikely to resonate with women in their late 50s with little to no pension provision, struggling to combine caring responsibilities for their ageing parents with low-paid work”.

To understand how ageism works it is therefore important to look beyond a reductionist view that it is simply prejudice against people because of their age. It is not just about age, but the intersection of age with gender, race, relative wealth or poverty and sexual orientation or identity which results in discrimination. Poverty and inequality count for more than age difference. At a time when it is claimed that older people in affluent societies have prospered, in Europe’s wealthiest country nearly one in five older Germans are at risk from poverty, a proportion which continues to rise steadily. Among older people living in poverty, it is often women who are the particularly at risk, illustrated by a disturbing media report from Kenya about the continuing problem of witchcraft accusations and murders in poor communities.

Far from being vulnerable victims, many people, women and men, make key contributions to family incomes in poor countries far into old age. Penny Vera-Sanso’s research in the south Indian city of Chennai tells the story of how the paid and unpaid work of older women and men makes a significant, but largely hidden, contribution to the city’s economy. She argues that part of the reason for this lack of recognition is the profound mismatch between government policies which see old age as a time of dependence and disengagement from the economy and older people’s actual contribution.

Faced with these many challenges, what is to be done to confront and combat ageism? Recognising that action needs to be taken on a wide scale, WHO’s global campaign aims “to take collective, concerted and coordinated action to tackle ageism”. Aiming to increase awareness, to rally public support and influence change, the campaign aims to harness the now increasingly vocal confrontation of ageism  by individuals and organisations. WHO proposes three strategies to reduce ageism. These are the strengthening of laws and policies which address age discrimination, educational initiatives to dispel misconceptions and enhance empathy between generations, and intergenerational contacts to reduce intergroup prejudice and stereotypes. This last point also implies recognition that prejudice on the basis of age is not only targeted at older people. There is common cause to be made between young and old in confronting the negative attitudes which have impacts on both.

The WHO campaigns points to the need to rethink and talk differently about older age. One starting point could be to question the way in which everybody in later life is lumped into the category “old”, whether they are 60 or 100. No other 40-year age-range across the life course is described like this; at younger ages the diversity of people’s lives is paramount. Why should this diversity not be recognised for older women and men too? Raising issues such as these, calling out ageist attitudes, getting older people (especially older women) speaking up for themselves, winning allies in other generational groups, all of this will take time and commitment. But as the WHO campaign points out, the starting point is now.